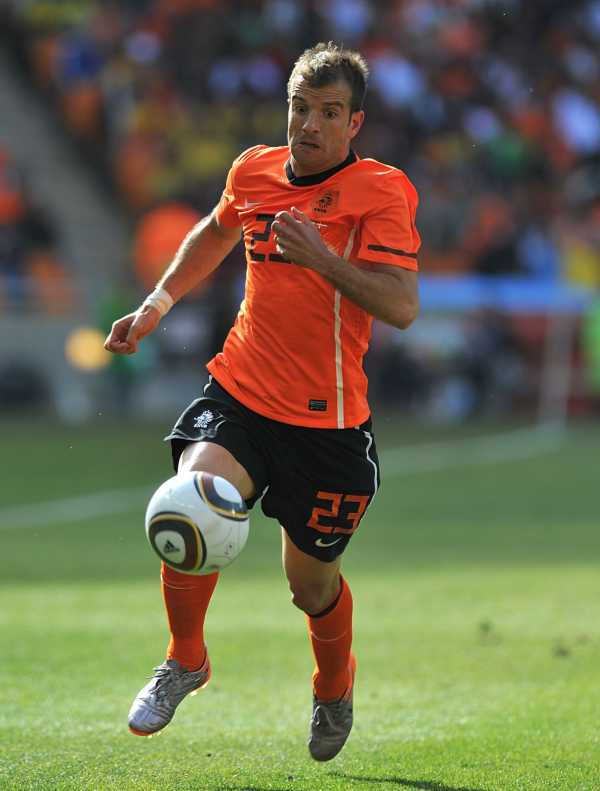 The Dutchman headed into the final night of the regular campaign in Leeds one point behind Rob Cross, knowing a win would put the pressure on the former electrician.

Van Gerwen held up his end of the bargain, beating Mensur Suljovic 8-5, before Cross lost 8-6 to James Wade in the final match of the evening.

Wade was already assured of a play-off spot and will take on Cross again in the semi-final at the O2 Arena next week.

Daryl Gurney won the race for fourth place, beating off competition from Gerwyn Price and Suljovic, to secure a maiden Premier League semi with Van Gerwen, whom he did the double over earlier this campaign.

Price put the pressure on in the opener, extending Peter Wright’s winless streak to 11 matches with a convincing 8-3 victory.

But any hopes the Welshman had of qualifying were extinguished when Gurney saw off Michael Smith by the same scoreline courtesy of a 101.8 average and five maximums.

That left Suljovic needing to beat Van Gerwen, but the Austrian slipped 5-0 behind before restoring some pride with a late rally.

Cross struggled to emulate his recent impressive form and surrendered top spot as Wade, despite missing plenty of doubles, took advantage to finish third and avoid a last-four clash with Van Gerwen.

God, Marriage, and Gratitude in ‘A Christmas Carol’

Why we pretend to know things, explained by a cognitive scientist