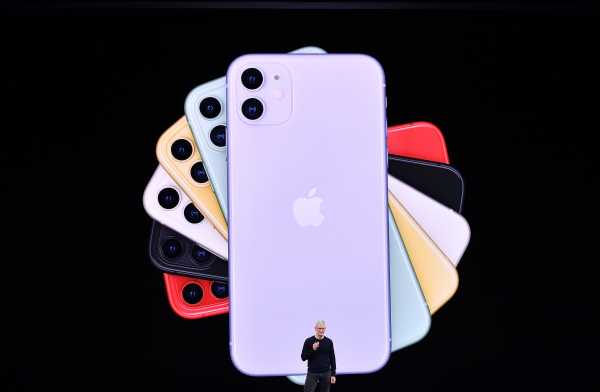 United States antitrust investigations into Big Tech haven’t yet concluded, but they already seem to be making an impact.

Bloomberg reported on Thursday that Apple is considering allowing iPhone users the ability to make third-party apps such as Chrome and Gmail the default on their phones, a potential reversal that could alleviate one criticism from competitors and consumers alike that has caught lawmakers’ attention. And earlier this month, the Wall Street Journal reported that Google executives were informally discussing whether they should consider spinning off their advertising-technology unit as regulators examine the company’s dominance in online advertising and its dealings with publishers.

Taken together, the internal discussions at Apple and Google seem to signal that the biggest tech platforms are, at a minimum, taking probes from Congress, the Federal Trade Commission, and the Department of Justice seriously. On top of that, they could be looking to make sacrifices to ward off potential regulatory actions or lawsuits. This brings up the question of whether Amazon and Facebook are mulling their own changes.

In the case of Apple, the company is reportedly considering a reversal of a practice it’s had in place since the App Store launched in 2008: that its own Safari browser and Mail email application are pre-installed as defaults and can’t be swapped out. Lawmakers on the House antitrust subcommittee have expressed concern over Apple’s treatment of third-party app developers and the inability of those external apps to become default options.

Apple is also facing a class action lawsuit filed by app developers who argue that Apple’s ban of other app stores — and “profit-killing” fees it charges in its own App Store — are signs of an unlawful monopoly. The Supreme Court also ruled in May that a group of iPhone owners could bring an antitrust case against Apple, in which they argue that Apple’s control of the only app store for iPhone apps has resulted in higher-than-competitive app prices.

At Google, the Journal reported that “[t]he growing regulatory scrutiny has prompted some Google executives to discuss informally whether the company should consider divesting its third-party ad-tech business, according to people familiar with the situation.” The business lets online publishers sell ad space to marketers and allows marketers to bid on ad space on sites around the web. At the time of the Journal report, a Google spokesperson said the company has “no plans to sell or exit this business.”

For Amazon, lawmakers on the antitrust subcommittee and the Federal Trade Commission (FTC) have expressed interest in if and how Amazon prioritizes its products and services over those of its partners and competitors, and how those practices might impact consumer choice. Amazon already made one small policy change last year amid lawmaker complaints, when it stopped prohibiting US Amazon sellers from pricing their goods for less on other websites. (Some Amazon merchants argue the pricing policy is still in effect in practice because Amazon sometimes suppresses listings for products that are sold for less on outside websites.)

And when it comes to Facebook, the FTC’s antitrust investigation is reportedly centered on the company’s acquisition strategy of smaller firms. The agency has also recently demanded that Facebook and four other tech giants, including Microsoft, cough up 10 years worth of information and documents related to their acquisitions of small up-and-coming firms.

The last major antitrust battle between the US government and a tech giant ended in 2013 when the FTC cleared Google of violating antitrust law in its rankings of search results from competing websites. But it looks as though just the threat of action this time around might lead to some big changes for Big Tech.

4 lessons the US should learn from Italy’s coronavirus mistakes

Inside the secret Twitter rooms where Debra Messing, Don Cheadle, and the rest of the celebrity #Resistance organizes

Trump ‘less inclined’ to sit down with Mueller after raid on...

A 2018 Economics Nobel winner created an invaluable tool for understanding...