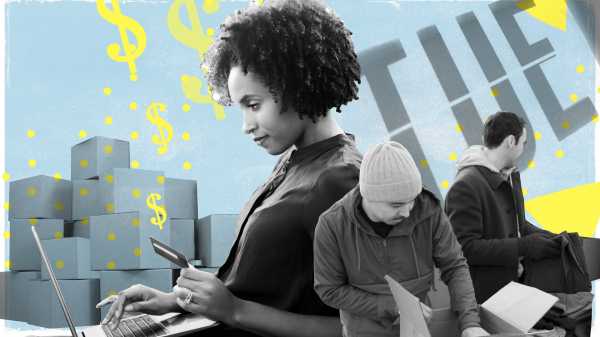 Finding the best ways to do good. Made possible by The Rockefeller Foundation.

Giving Tuesday is upon us — and not a moment too soon as we emerge from the post-Thanksgiving shopping frenzy.

Black Friday, the day after Thanksgiving, has always been the kickoff event of the holiday shopping season, and one of the biggest shopping days of the year. Marketing experts recognized how popular it was and followed it up with Cyber Monday, a second day of mega-sales focused on online shopping. It took off, making the period after Thanksgiving famous for its blitz of deals.

In 2012, the 92nd Street Y in New York and the United Nations Foundation introduced Giving Tuesday — the first Tuesday after Thanksgiving — with the hope that after several days of big sales and rampant consumption, there’d be interest in giving back.

At launch, #GivingTuesday was just an idea, some publicity, a social media hashtag, and a package of advice and branding for organizations anywhere that wanted to participate. The 92nd Street Y developed the hashtag, marketing advice, and resources, and released them all for any nonprofit to use. They made a point of not including any branding for the 92nd Street Y itself, in order to make the event more universal. “Without the branding [for the Y], people were more likely to own it and shape it,” Asha Curran, CEO of Giving Tuesday, told me last year. “You can cross borders with a big idea.”

The makers of Giving Tuesday were very much in step with the moment, harnessing the power of a hashtag to spark a global conversation and a movement. This year, Giving Tuesday formally broke off from the 92nd Street Y to become an independent organization.

Since Giving Tuesday’s launch in 2012, nonprofits all over the US — and eventually, all over the world — have hosted fundraisers and events, using the branding and hashtag associated with the movement.

In its first year, it’s estimated that about $10 million was donated to charity through Giving Tuesday fundraisers. The following year, it was $28 million. In 2018, some 4 million donors moved nearly $380 million. This year, that figure should be even higher.

And awareness is growing. According to a recent survey by Classy, a web fundraising firm, 37 percent of respondents said they had heard of Giving Tuesday, up 10 percent from the previous year.

The rapid growth in donors and awareness underscores the fact that Giving Tuesday has become a phenomenon in its own right — an outlet for a backlash against the consumerism of the holiday shopping season.

Shoppers eagerly participate in the sales events of Black Friday and Cyber Monday.

But … well, many people also hate the post-Thanksgiving shopping crush, and question what it says about us as a society. Vox has covered its grueling effects on the retail workers who make it happen. The website Black Friday Death Count documents instances of violence in retail stores during Black Friday sales. A 2016 piece in the Guardian called on us to reject the “seasonal consumerist circle of hell so appalling that even Dante didn’t dare imagine it.”

So the idea of a day, after the sales, to step away from buying and focus on giving struck a chord. (Besides, some researchers have posited a link between generosity and gratitude, which makes after Thanksgiving a good time to get people to think about giving.)

Giving Tuesday has been picking up steam since its first year. In 2013, its second year, it received coverage in Charity Navigator and the Chronicle of Philanthropy and a headline donation from Facebook billionaire Dustin Moskovitz to the top global poverty charity GiveDirectly. It went international too. “Giving Tuesday exists in countries where Black Friday and Cyber Monday don’t exist,” Curran told me, “and that reminds us that there’s this value that unites us.”

For 2018, Facebook and Paypal offered $7 million in matching donations — a limit they hit in a matter of seconds.

Facebook is doing it again — matching up to $7 million in donations — for this year’s Giving Tuesday.

Does Giving Tuesday do any good?

It’s worth noting that all of this is still a relatively small share of total charitable giving. In 2018 in the United States, individuals, corporations, and private foundations gave a combined $427.7 billion to charity, $292 billion of which was from individuals.

Compared to that, the $7 million Facebook is offering in matching funds, or even the $380 million donated overall last year, is just a drop in the bucket. Even if Giving Tuesday continues its exceptionally fast growth for another decade, it wouldn’t be most charities’ main source of funding.

That’s probably a good thing. The best thing for charities is to get regular donations, ideally monthly recurring ones. While a day like Giving Tuesday can be a great occasion to put giving in the news and start a conversation about our ability to do good in the world, it wouldn’t be good for it to become a make-or-break fundraising event for nonprofits.

The fact that Giving Tuesday contributions aren’t yet measured in the billions doesn’t mean they don’t matter, though. It doesn’t take millions of dollars to save a life — it is estimated you can save a life, or do a comparable amount of good, for only a few thousand. If the money moved on Giving Tuesday all went to effective lifesaving causes, last year’s fundraising would have saved 50,000 lives — not bad for a day’s work. (The money is actually spent on thousands of different charities, most of which don’t collect enough data to estimate their impact. But there is clearly enough money to have tremendous significance.)

There’s another way Giving Tuesday matters — it’s a day when people are talking and thinking about giving back. Rachel Hutchinson, the vice president of corporate citizenship and philanthropy at Blackbaud, told me last year that coverage of Giving Tuesday suffered from “an overfocus on the dollars,” when money is far from the most important thing.

“What really matters here,” she said, “is people engaging with causes and causes they care about.”

Curran echoed that: “We absolutely support organizations raising money on Giving Tuesday, but it’s a mistake to see Giving Tuesday as Fundraising Tuesday.”

Giving Tuesday donors also seem interested in making sure they’re putting their money in the right places. GuideStar, an online guide to nonprofits, reported last year that Giving Tuesday 2018 was its highest trafficked day — suggesting donors were doing research before making choices on where to give.

For a sector of our economy where we spent $428 billion last year, with tens of thousands of organizations working on different projects, the question of how to do good in the world is not discussed enough. It’s probably a good thing for us to talk a little more about how we make the decisions that improve our world.

A day for getting better at doing good

Giving Tuesday’s organizers won’t tell people where to give or volunteer. Making the most of the occasion, though, requires thoughtfulness about the impact of your contributions, whatever form they take. It’s a great occasion to dive into the conversation about how to do good in the world. One of the reasons we need a day focused on giving is that most people care deeply about their communities, their causes, and the world — but don’t necessarily know how to get the most results with their money, time, or career.

My colleague Dylan Matthews has written about some strategies to make your money go further — from checking with charity evaluators to targeting the poorest people to funding basic research and the development of new solutions to our problems. Effective altruist groups have developed resources for ensuring that the causes and charities they’re excited about can make the most out of the day, including donation matching events.

Ultimately, making the world a better place requires generosity and a dedication to measuring impact, talking about what we want to achieve, and gaining a better understanding of the problems we’re trying to solve.

Sign up for the Future Perfect newsletter. Twice a week, you’ll get a roundup of ideas and solutions for tackling our biggest challenges: improving public health, decreasing human and animal suffering, easing catastrophic risks, and — to put it simply — getting better at doing good.

Farrell ruled out for Munster clash with Castres but hope for...