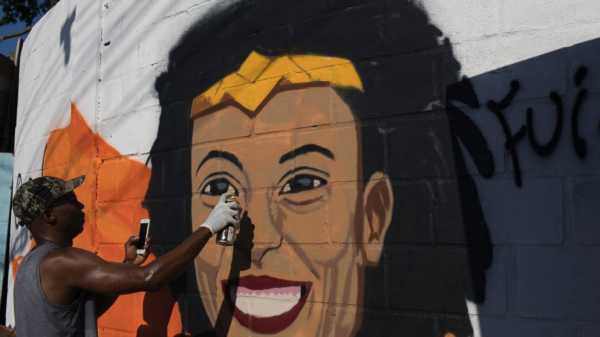 Google said Friday it would comply with a Brazilian judge’s order to remove 16 videos from YouTube that expressed “assumptions and opinions” about a Rio de Janeiro city councilwoman who was slain last week.

It came in a push by the family of Marielle Franco to squash rumors floated online that the former activist was connected to criminals.

Franco and driver Anderson Gomes were shot to death in their car as they returned from an event focused on empowering black women. Franco, who was black grew up in a rough part of Rio, was a frequent critic of police brutality.

Before being elected in 2016, she worked as an activist on several human rights issues.

The slayings have shocked Brazil, put intense pressure on the government and led to international calls for an independent investigation.

Police have not many any arrests and no group has taken responsibility for the murders.

Since her March 14 death, messages posted on social media allege connections to drug traffickers and other criminals. Her family denies that, and earlier this week filed an injunction asking that slanderous posts be removed.

In the court order published Thursday, Judge Marcia Correia Hollanda said the 16 videos she was ordering removed amounted to a “violation of the honor and image” of Franco.

“None of the disseminators present any proof of what they declare,” she wrote.

In a statement to The Associated Press Friday, Google, which owns YouTube, said it would comply with the judge’s order to have the videos removed within 72 hours.

Claudio Lamachia, president of the Brazilian bar association, said the push by Franco’s family comes at a time when the country is increasingly wrestling with how to combat “fake news.” The constitution makes clear that free speech does not include lies or unfounded accusations, he said.

“The internet is an open channel of liberty, but one that must include responsibility,” said Lamachia.

The videos are a window into the violent and complicated underworld of Rio, which is experiencing a spike in violence nearly two years after hosting the 2016 Olympics.

Drug traffickers control large swaths of the city, including Mare, a warren of favelas, or marginalized areas, where Franco grew up. At the same time, militias, armed groups made up of current and former police officers, vie for influence and have been accused of summary executions.

“Everybody is talking about how this poor, black woman from a favela got to be a councilwoman,” said a man posting under the name Forca Brasileira. “How did she do that? With the help of traffickers.”

Other videos criticize pro-choice positions that Franco had taken and accused her left-leaning Socialism and Liberty Party of having ties to organized crime.

Soon after the killing, a judge and a federal deputy posted false information about Franco, such as claiming she was “engaging with criminals.” Both later apologized.

Earlier this week, Franco’s party said it had received more than 15,000 emails with “fake news” about Franco and local news organizations have devoted articles to debunking such reports.

Among the false claims: Franco got pregnant when she was 16, she married a Red Command gang member and regularly smoked marijuana.

“Marielle was never a gangster. We were never financed by drug traffickers and she never married a gangster,” said Franco’s sister, Anielle Silva, at a protest on Tuesday. “They are not going to destroy what my sister built.”

Premier League winners and losers so far this season

A migrant child was returned to his mother covered in lice,...