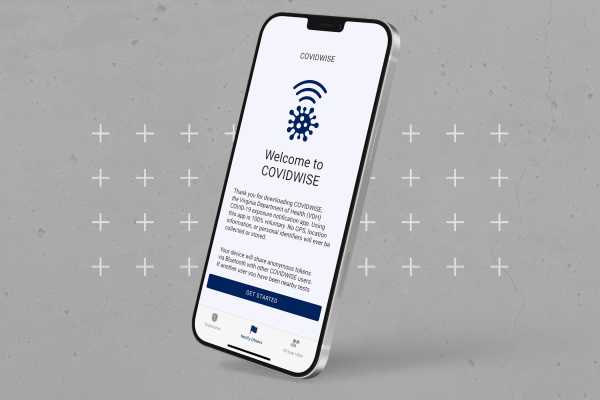 The Apple-Google coronavirus exposure notification tool, which the companies are offering to public health authorities to help build their Bluetooth-based Covid-19 contact tracing apps, was announced in April and debuted in May. Now it’s August, and we finally have one US state — Virginia — that has launched a contact tracing app that uses the technology. Outside of the US, several countries have launched or are developing apps that use the Apple-Google tool, with varying degrees of success. But it has yet to achieve anything close to widespread global usage. It’s a somewhat disappointing showing for what seemed to be a promising technical solution from two of the biggest tech companies in the world whose mobile operating systems power nearly all of the world’s mobile phones.

Though contact tracing apps were, in theory, a great way to track the spread of the virus at scale, the reality hasn’t lived up to the hype. Despite Apple and Google’s best efforts to make a tool that could keep track of users’ contacts while still preserving their anonymity and sending minimal data to public health authorities, many people don’t like the idea of tech companies or the government having any access to their health information. And in the US, the effort has been further complicated by the federal government declining to create a national app and leaving the decision and execution up to states.

It’s surprising that Virginia is first to use the tech, considering that Apple and Google once said Alabama, North Dakota, and South Carolina would be the first three states to use the tool. But South Carolina’s Department of Health and Environmental Control now says it is not using a contact tracing app, and North Dakota still says the app is “coming soon.” Alabama has incorporated the tool into a closed pilot program for its “GuideSafe” platform, which is available to its college students.

So Virginia was pretty pleased with itself to be the first state to actually release something on Wednesday. The app is called Covidwise and is available now in Apple’s and Google’s respective app stores.

According to Virginia Department of Health spokesperson Julie C. Grimes, Covidwise was developed for $229,000 and the state is devoting $1.5 million to marketing in the hope of getting as many Virginians as possible to download it.

“We have begun a marketing campaign to heavily promote the app,” Grimes told Recode. “Those efforts include making citizens aware of the app, the privacy protection features, and how the app can be used to support public health and to help reduce the spread of the virus.”

Experts estimate that at least 60 percent of the population needs to use a contact tracing app in order for it to be effective — a tough number to reach when the program is voluntary and depends on participants both having smartphones and the ability to download and use apps. This has proven to be a stumbling block for all of the countries that have voluntary contact tracing apps, none of which, so far, have been able to achieve widespread adoption. The first country to develop a contact tracing app, Singapore (which does not use the Apple-Google tool), achieved only a 35 percent adoption rate by July, despite it making the app mandatory for migrant workers.

Apple and Google had hoped that their tool’s privacy-preserving measures, including sending almost no data to public health authorities and not tracking users’ locations, would encourage more users to download and use it. But those measures have had their own drawbacks, as some public health authorities have said they need more data in order to effectively track the virus’s spread. They’ve chosen to forgo the Apple-Google tool for their own apps that will transmit such data, but those apps don’t have access to Apple-Google’s technology that makes it possible for different operating systems to communicate with each other and run at all times with minimal battery drain.

Elina Lidere, a spokesperson for the Ministry of Health for Latvia, which was one of the first countries to roll out an app that used the Apple-Google tool in late May, told Recode in July that its Apturi Covid app “recently reached 100,000 downloads, and the count is growing.”

“The technical performance of the Apturi Covid app has been successful as well,” Lidere said.

Switzerland, another early adopter of the tool for its SwissCovid app, has fared better, with 2.15 million app downloads as of August 1, roughly five weeks after its public release (Switzerland’s population is about 8.5 million people).

“The app has been number one on the App Stores of both Google and Apple,” spokesperson Marco Stücheli told Recode. “We are pleased with the launch of the app.”

Unlike Latvia, Switzerland, and every other public health authority that uses the Apple-Google tool, the US will not issue a nationwide app but is instead leaving it to states to decide if they want to make their own apps, which technology to use if so, and doing the work of promoting it to their residents — all for an app that is rendered pretty much meaningless as soon as the user crosses the state border. Many states have decided against using any contact tracing app at all, and are depending solely on human contact tracers. Other states told Recode they were looking at or using different options for contact tracing apps.

Apple and Google did not respond to request for comment on Virginia’s app or whether other states would soon be coming out with their own. Google recently announced that 20 states and territories are looking into building apps using the exposure notification tool.

Given that Apple and Google are American companies, one might expect their home country to be among the first to eagerly adopt the technology. But the federal government largely abdicated its responsibility to its citizens and left most of that work to individual states. This has resulted in a fractured and wholly inadequate response that helped make the country with the world’s largest economy one of the hardest-hit by the virus. Even Apple and Google can’t fix that.