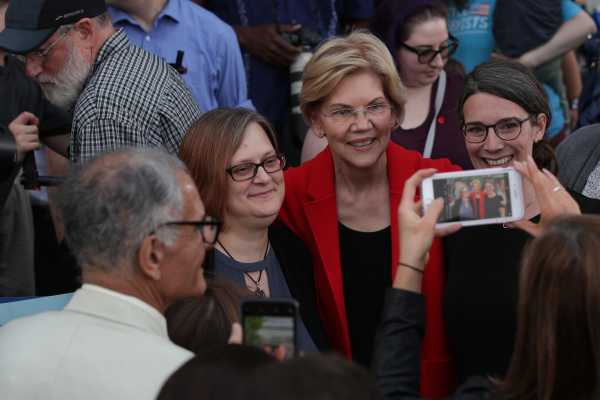 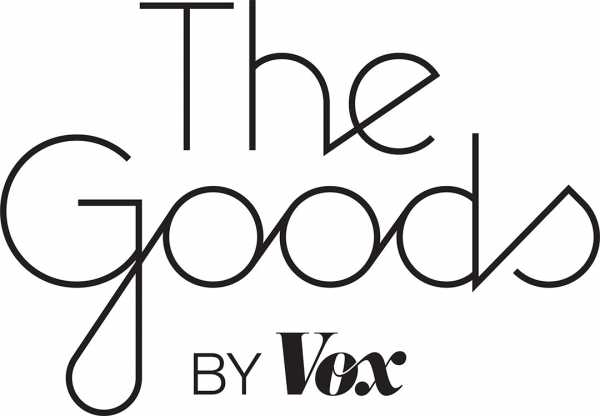 Sen. Elizabeth Warren (D-MA) takes a lot of selfies. At the Democratic debate on December 19, she made it known, bringing up the subject a handful of times and relating the practice to her commitment to connecting with voters. “I made the decision when I decided to run not to do business as usual,” she said. “And now I’m proud at 100,000 selfies.”

Warren placed her now-famous selfie lines in direct opposition to the high-priced fundraisers that fellow Democratic primary candidates South Bend, Indiana Mayor Pete Buttigieg and former Vice President Joe Biden have held. “Those selfies cost nobody anything,” she said. “People that can put down $5,000 to have a picture taken don’t have the same priorities as people that are struggling with student loan debt or struggling to pay off medical debt.”

Selfie lines, more than just the finale to Warren’s town hall events, have become a crucial part of the senator’s presidential campaign. When Warren finished her speech in Manhattan’s Washington Square Park on September 16, her campaign duties were only half over. Just as she had at all of her recent town halls, she spent the second portion of the evening offering to pose for photos with every single one of the thousands of people who’d come to hear her speak, if they were willing to wait.

This time it took four hours, but that wasn’t even a record: In Seattle in August, the also-four-hour line wrapped around the park beneath the Space Needle. Lines in St. Paul, Minnesota, and Los Angeles took two hours, 20 minutes and three hours, respectively.

It’s an exercise now known as a “selfie line,” and before we go any further, a warning for the grammatically sensitive: No, the photos taken with a politician after their speeches are not technically selfies. It is a member of Warren’s team who actually takes the photos, meaning they are simply regular pictures featuring the camera or smartphone owner. But “regular photos taken of oneself” doesn’t have the same ring as “selfie line,” so here we are.

These days, almost every politician spends a great deal of time taking pictures with people they hope will vote for them. But no one has made the humble selfie quite so crucial to their campaign as Warren, not only by engineering a complicated mechanism that allows 4,000 people to take the exact same photo in one night, but by embracing what the selfie represents: a person-to-person interaction preserved in technological perpetuity. The hours the senator spends after speeches taking selfies with the people or thanking small-time donors with surprise phone calls, she has said, are time some of her fellow presidential candidates seem to be spending making back-door deals and courting corporations. Together, it’s a pretty effective campaign strategy.

Warren’s selfie lines are a great deal more complicated than their name suggests; for one, there are exactly eight people in charge of making sure said selfie actually happens, despite the fact that the word “selfie” implies an act performed by an individual alone.

The complex choreography involved was documented on video by the New York Times in July: First, a staffer takes your bag from you so that you’re not fussing with it during the photo. Then, the deputy national advance director will take your phone and pass it to Warren’s “body woman,” who will take (multiple!) photos of you posing with the candidate. She’ll then pass it to the national advance security director, who will return it to you, before a volunteer thanks you for coming and a senior advisor hands you back your bag. (Yes, this is only six people; two of the eight steps involve passing items from one staffer to the next.)

Corralling thousands of people to form a queue, too, is its own beast: Typically, an organizing director takes the stage to explain logistics and to give Warren time to change into sneakers before the actual photo-taking goes down.

Campaign spokespeople have stressed the importance of the selfie line in showing how Warren is a grassroots candidate, more interested in meeting people face-to-face than behind boardroom doors. “I have time to do this because I’m not spending hours and days and weeks with big-dollar donors and corporate lobbyists,” Warren told the Times. “I’m not running around the coasts trying to scoop up as much money as I can. That leaves a lot more time for selfies.”

But not everyone in Warren’s camp was immediately onboard with the idea of spending hours after every event taking pictures. During her 2017 Senate reelection campaign, she asked her campaign manager Roger Lau why they continued to do rope lines when instead they could invite every single person to come on stage with her, one by one.

In an interview with CNN, Lau described how the two went back and forth for weeks, with Lau arguing that it’d take too long and she’d be too tired. “Roger, I trust you,” she’d reportedly said. “But if there’s even a single person in that room that wants to say hello who wants to take a photo who didn’t get a photo, I will have considered this event a failure.” From then on, Warren has posed for photos with everyone that wants to in her town halls, and since the beginning of her presidential campaign, she’s posed for more than 59,000 pictures.

Posing for photos is a major part of any political campaign, of course, which is why every 2020 Democratic candidate has taken thousands of photos with the public — Sen. Bernie Sanders (I-VT) adopted the selfie line earlier this spring (although the notoriously curmudgeonly senator has been known to wave off such requests); Sen. Cory Booker (D-NJ) often exercises his signature — and literal — selfie tactic of holding his arm out and raising his phone at a high angle. But many candidates, like former Vice President Joe Biden prefer the typical rope line approach, wherein crowds stand behind them, separated by rope, while Biden uses their phone to snap photos.

But it’s Warren who’s most clearly associated with photo-taking: Media intelligence firm Zignal Labs told NBC News that she was the candidate with the most positive public sentiment around the term “selfie” over the past month.

What’s happening in politics is the same thing that’s happened in entertainment for the past decade: Celebrities have long lamented the fact that every fan they meet now wants a selfie instead of a conversation, and in 2016, that shift came for the presidential election. Photojournalist Brad Zucroff wrote in Recode that he’d noticed instead of handshakes, people wanted — and often demanded — selfies. “They feel it’s their inalienable right to have it, so they can post it to social media for all their friends to see,” he wrote, noting that while Hillary Clinton would spend a full 10 minutes posing for photos with town hall attendees in the 2016 race (a time commitment that now feels rather quaint), Donald Trump was far more reluctant to mix closely with audience members.

That difference, combined with at least one viral moment, gave Clinton the not-always-positive distinction of being the “selfie candidate” of the 2016 election. Even Clinton herself didn’t necessarily want the moniker: In her 2017 memoir she wrote, “I think selfies come at a cost. Let’s talk instead!”

Things have changed this time around — candidates now seem to be competing to be the selfie candidate, despite the fact that there’s already a clear winner. But smoothly run selfie lines are far from the only person-to-person campaigning Warren has done so far. She’s taken to surprise-calling her small-dollar donors, and when comedian Ashley Nicole Black tweeted a joke wondering whether the candidate might also have a plan to fix her love life, Warren replied, “DM me and let’s figure this out.” Warren and Black later spoke on the phone, and “Elizabeth Warren called me!” thus became a meme.

Warren also has hundreds of videos of herself making those calls, some of which are posted to her Instagram. “For most candidates, ‘call time’ means calling wealthy donors and asking for money,” she wrote in one caption. “Not me. I’m spending ‘call time’ thanking small-dollar, grassroots donors who give what they can.”

It’s clear what the political strategy is: Warren wants to be a grassroots candidate, to connect with actual voters rather than raising money by courting corporations. It was Sanders who, in the last election, made headlines for being the candidate where nearly three-quarters of donations were contributions under $200; this election, Warren has refrained from hosting any high-dollar fundraisers, and has the most individual donors, after Sanders.

But despite the fact that selfies are often used as examples of technological interference or a hindrance to social relationships, they can be wildly meaningful tools to connect to voters. Anyone who’s waited in one of Warren’s selfie lines can attest to how it makes them feel. Said 69-year-old retired teacher Stephanie Kittleson in Lansing, “I got to pose for a picture and I got to hug her. You can tell she’s not a bunch of words.”

When a photo of lawyer Abby K. Wood’s six-year-old daughter and Elizabeth Warren sharing a pinkie promise went viral, Wood wrote an op-ed for NBC News about the experience. “The senator told my daughter that running for president should be expected of girls, and they made a pinky promise so she would remember,” she wrote. “Setting expectations like this is a crucial aspect of mentorship. If Senator Warren becomes President Warren, there are many little girls in this country who will celebrate a mentor’s success. And that will very likely shape their ideas about what is possible in their own lives.”

Selfies, then, serve multiple purposes: They’re souvenirs whose value will increase should Warren become president, yes, but they’re also chances to connect with the person you’re actually voting for. And because the natural motivation is to then post the photos on social media, other people’s timelines are then filled with images of a candidate next to moving captions about why the photo is meaningful.

It’s a strategy that the Warren campaign has pledged to continue if she secures the Democratic nomination. When journalist Maggie Haberman expressed skepticism about Warren’s selfie line post-primaries due to security or time constraints, Warren campaign communication director Kristen Orthman responded that they’d continue to do so. “It’s not just about the photos,” she wrote. “It’s about what people tell her in line, the notes they pass her. Not everyone is brave enough to publicly ask a question. But for a few seconds w/EW they have their chance. That’s the way democracy should be.”

It’s ironic, really: For as long as they’ve existed, selfies have been the target of gendered mockery, looked upon as the personification of vapid self-absorption. As a political strategy, however, they might be an unlikely vehicle of democracy.

Sign up for The Goods’ newsletter. Twice a week, we’ll send you the best Goods stories exploring what we buy, why we buy it, and why it matters.

Seven Years on the Margins in Rural Mississippi |

“Everything Is Alive” and the Joy of Interviewing Inanimate Objects |

A Young Artist Charts the Journey from “Haiti to Hood” |