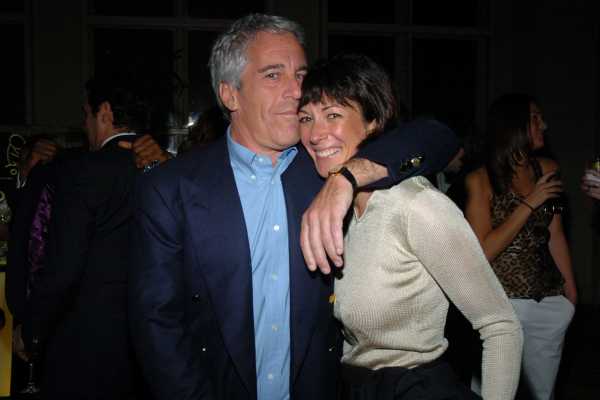 In the wake of Jeffrey Epstein’s death, President Donald Trump has been boosting the conspiracy theory that the sex offender was somehow killed by Bill Clinton.

There’s no evidence to support this — authorities say Epstein appears to have died by suicide, though autopsy results have raised more questions about his death. But it was far from the only theory to spread about the Epstein case — opponents of Trump, for example, used the hashtag #TrumpBodyCount to imply that the president was involved in Epstein’s death. But even before his death, speculation about how the money manager actually made his fortune abounded, with some wondering if his real business was actually the blackmail of powerful men.

Some of these theories are more credible than others — there is some evidence, for instance, that Epstein intended to blackmail his associates. But overall, the circumstances of Epstein’s life and career are essentially tailor-made to produce conspiracy theories.

There is his wealth — he had multiple mansions and private jets, but no one knows how exactly he made his money. There were his powerful friends, some of whom — including Bill Clinton and Donald Trump — have also been accused of sexual misconduct. Then there was the fact that he was able to avoid prosecution for years, under circumstances that remain mysterious.

In the coming months, the investigation into Epstein’s case may turn up additional information on his crimes and who else was involved. But for now, the case remains ripe for conspiracy theories because so many of the most important questions about how Epstein gained and retained his power have gone unanswered.

Epstein had a lot of money. We don’t know how he made it.

One of the central mysteries around Epstein is how he got rich in the first place. Born in Brooklyn to a homemaker and a gardener for the New York City Parks Department, Epstein dropped out of college in the 1970s, but soon became a teacher at Manhattan’s prestigious Dalton School. He left — reportedly due to poor performance — but then joined the investment bank Bear Stearns, where he made partner in just four years, according to New York Magazine.

From there, he struck out on his own and, in the 1980s, befriended Leslie Wexner, the billionaire founder of L Brands, parent company of Victoria’s Secret. He began managing Wexner’s finances.

Wexner remains Epstein’s only publicly known client. But somehow, Epstein managed to amass what certainly seems like an enormous fortune, perhaps worth more than $500 million, according to the New York Times. He had a private island. He lived in one of the largest homes in Manhattan, acquired from Wexner for an undisclosed amount of money. He made a $6.5 million gift to help start a program at Harvard, and promised the university much more.

How did Epstein get so rich with only one known client? Nobody knows. The money manager was a longtime mystery on Wall Street, where no one had ever seen any evidence of him actually managing money. Hedge-fund manager Douglas Kass told New York Magazine that prior to Epstein’s arrest, he had asked around several times to see if he knew anyone who had ever worked with Epstein. “Not one institutional trading desk, primary or secondary, had ever traded with Epstein’s firm,” he said.

Given the secrecy around Epstein’s source of wealth, a number of theories have emerged as to how he actually amassed it. In July, Matt Stieb at New York laid out some possibilities: he could have been running a Ponzi scheme or a money-laundering operation. And as Stieb notes, some speculate that Epstein’s real business was blackmail: collecting footage or other evidence of his powerful friends having sex with underage girls so he could force the men to invest money with him.

In documents relating to her 2015 lawsuit, Virginia Roberts Giuffre said that Epstein forced her to have sex with men and then “debriefed her” so he could get “intimate and potentially embarrassing information” for blackmail purposes.

But how much, if any, money did Epstein make this way? Did he in fact get rich simply by siphoning off funds from Leslie Wexner, who recently accused him of misappropriating “vast sums of money”?

The answers may become clear in the coming months as investigators dig into Epstein’s finances. But for now, the lack of clarity around Epstein’s wealth adds to the mystery of his case.

He was friends with powerful men, some accused of sexual misconduct

Epstein was reportedly proud of his “collection” of famous friends. He enjoyed hosting social events with prominent scientists and academics, whom he apparently regaled with his plans to create a “baby ranch” where he would spread his DNA. But he also had ties to two powerful men who have also faced separate allegations of sexual misconduct: President Trump and Bill Clinton.

As Vox’s Andrew Prokop explains, Trump has said he met Epstein in the 1980s. In 2002, he told New York Magazine that Epstein was a “terrific guy” and added, “it is even said that he likes beautiful women as much as I do, and many of them are on the younger side.” After Epstein’s arrest earlier this year, Trump attempted to distance himself from the sex offender, saying, “I wasn’t a fan.” But a recently resurfaced 1992 video shows Epstein and Trump at a party together, laughing and apparently talking about women.

Still, Trump has been accused of sexual misconduct by more than a dozen other women (he has denied all the allegations), and the fact that Epstein knew him has led to speculation that perhaps the money manager had dirt on the president.

Then there’s Bill Clinton. Epstein reportedly visited the Clinton White House several times, and after Clinton left office, he took several trips on Epstein’s private plane. No one has come forward to accuse Clinton of sexual misconduct connected to Epstein, but like Trump, the former president has been accused of misconduct in the past — including, as Prokop notes, by Juanita Broaddrick, who says Clinton raped her in 1978 (Clinton denies the allegation).

In essence, Epstein was connected to two powerful men who are hated by opposing political camps, and who have both been accused in the past of misconduct against women.

It’s no surprise, then, that conspiracy theorists have wasted no time trying to connect Epstein’s death in jail to Clinton and Trump, despite the lack of evidence for either connection.

Fueling some of the theories are legitimate questions around the circumstances of Epstein’s death. The sex offender wasn’t checked on regularly in the hours leading up to his apparent suicide, as jail policy dictated. And an autopsy revealed an injury that can occur with suicide, but is more common in deaths by strangulation, the Washington Post reported on Thursday. The New York City medical examiner currently lists Epstein’s cause of death as pending. And until the investigations into the sex offender’s final hours turn up real answers, speculation around his death is likely to continue.

One of the most damning aspects of the Epstein case is the fact that he was indicted for sex crimes more than 10 years ago, but never went to prison. Instead, he served 13 months in a county jail, with ample “work release” time at an office, thanks to a non-prosecution agreement with the office of Alexander Acosta, then the US attorney in Miami. Julie K. Brown’s reporting on the agreement last year in the Miami Herald lead to renewed scrutiny into Epstein’s case, and likely to his arrest on new charges earlier this year — but even Brown could not turn up exactly how Epstein was able to get the deal.

Brown and others have reported that Alan Dershowitz and others on Epstein’s legal team dug into the pasts of potential witnesses and of the prosecutors themselves, perhaps contributing to the decision not to take Epstein’s case to trial. But Brown also reported that Epstein’s plea agreement referred to unspecified information given to federal investigators. And Epstein was a key witness for the prosecution of two Bear Stearns executives after the 2008 financial crisis (both were acquitted).

Journalist Vicky Ward, who previously reported on Epstein for Vanity Fair, wrote recently at the Daily Beast about an anecdote told to her by a former senior White House official. The official told her that Epstein’s name had come up when Alexander Acosta was being vetted for the position of Secretary of Labor in the Trump administration (Acosta received the position, but announced his resignation last month amid growing criticism of his handling of the Epstein case). Acosta said that he had signed the non-prosecution agreement because he had been told to “back off” of Epstein: “I was told Epstein ‘belonged to intelligence’ and to leave it alone,” he said, according to the White House official.

It’s unclear what, if any, intelligence Epstein ever provided to the federal government, but the suggestion that he was able to avoid prison time because he knew something valuable about people in power continues to add to the air of mystery around his case.

There’s one more possible reason the Epstein case inspires conspiracy theories. The allegations against him, from sexual assault to using girls to recruit other girls for abuse to plans to create a baby farm, are so heinous and disturbing that perhaps Americans are searching for a reason why he went unpunished for so long. It’s tempting to think that there’s something nefarious behind this fact — some secret FBI program or plot by the Clintons or the Trumps. And perhaps some of the theories currently swirling around Epstein will prove accurate.

But unfortunately, it’s entirely possible that Epstein went unpunished for a reason that’s very commonplace, and very simple: When a rich man abuses poor young women and girls, a lot of people are only too happy to look the other way. The Epstein case may, in time, lead to other revelations about the wealthy and powerful, but it’s already exposed this sobering fact. Only time will tell if the case does anything to change it.

Why millions of people are getting hit with a surprise tax...

Xhaka back in consideration for Arsenal