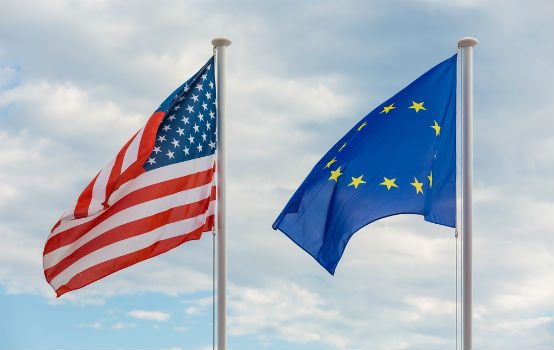 “The fact that the U.S. is reducing its role in world affairs cannot be tied to the policies of a single president,” Germany’s Foreign Minister Sigmar Gabriel said last month in a stunning speech. “There will be no major changes to this trend, also after the next election.” What was once only whispered is now clearly said: Europe is readying itself for a post-American world, even after the end of the Donald Trump era. And in a surprising twist, the fate of the U.S.-European Union axis may come down to what Trump decides to do with the Iran nuclear deal later this month.

Many drew a sigh of relief back in December as the congressional deadline to impose new sanctions on Iran passed. The nuclear deal had survived another challenge, they thought. But the celebrations were premature. Trump can kill the deal this week by simply doing nothing. We’ve seen this movie before—but this time America’s relationship with Europe is at the center of the drama.

Every 120 to 180 days, the United States is obliged to renew sanctions waivers under the nuclear deal. Failing to do so would put the U.S. in violation of the agreement and likely spark retaliatory measures by Tehran that could see the entire initiative fall apart. Every time the waivers have been up for renewal, fears have risen that Trump will quit the deal  simply by doing nothing.

This time around, though, it’s particularly worrisome. Trump punted the nuclear question to Congress last October by failing to certify it. This triggered a process that gave Congress 60 days to pass new sanctions on Iran or “fix” the deal through other measures. If it failed to do so, Trump promised he would “terminate” the agreement. The protests in Iran, which Trump sees himself as a champion of, have made a confrontational position towards the Iranian regime all the more likely.

But this time around, the survival of the nuclear deal is no longer just about Iran’s centrifuges and sunset clauses. It’s about whether the EU will see the U.S. as a pillar of the liberal international order or as a fifth column seeking its demise. The nuclear deal has become the latest, and perhaps most consequential, international agreement or norm that the EU seeks to uphold and Trump seeks to tear down: from the Paris agreement, to the future of NATO, to the unity of the EU, to the funding of the United Nations, to the status of Jerusalem.

To Europe, two new realities have become clear. First, if the EU acquiesces on the nuclear deal, Trump will move on to target another agreement, and then another, and then another, until the very foundation of the current international order is uprooted. This will eventually force the EU to draw a line in the sand and stand up to Trump. Logic then dictates the longer the EU waits, the more damage Trump will do before he’s stopped. Hence, the EU is better off taking its stand at the Iran deal than waiting for it to be scrapped and emboldening Trump further.

Thus, EU policy chief Federica Mogherini said in mid-December that preserving and implementing the 2015 nuclear deal with Iran is “an absolute must,” in one of her sharpest criticisms of Trump’s Iran position. “We cannot afford to undermine the credibility of a multilateral agreement, endorsed by the UN Security Council Resolution,” she added.

Europe’s second realization is more ominous: Trump is not an anomaly. He may be a political outsider, but he is not an outsider to America. His presidency is the manifestation of a deep-seated sentiment in the United States that existed long before Trump entered the political arena and which will continue to exist—if not dominate politically—long after he departs. As such, neither electoral defeat nor impeachment will be enough to restore American “normalcy” because Trump is very much a part of the new “American normal.”

Germany’s Gabriel gave the clearest hints as to Europe’s new thinking last month. While he urged the Trump administration to “help develop joint strategies that preserve both the liberal international order and a global trade system that rests on a foundation of freedom, fairness, human rights and the rule of law,” he was also clear-eyed that to the U.S., the world is no longer a “global community, but rather an arena in which nations, non-state actors and corporations fight to gain advantage.”

As such, the U.S. is “no longer responsible for underpinning the structure and dome of this arena. Rather, it is one of the combatants on its sandy floor.” This leaves the EU with no choice but to chart its own way rather than submitting to American diktats—particularly on the issue of killing the Iran deal, which Gabriel said would “jeopardize” the security of the European Union.

Trump may see an irreparable break with the EU as a bonus of jettisoning the nuclear agreement. But by putting the U.S.-EU axis at risk, even the most die-hard opponents of the deal should know that they may get more than they ever bargained for.

Trita Parsi is the author of Losing an Enemy: Obama, Iran and the Triumph of Diplomacy and is president of the National Iranian American Council.

Death Toll in Anti-Government Protests in Nicaragua Mounts to Over 30...