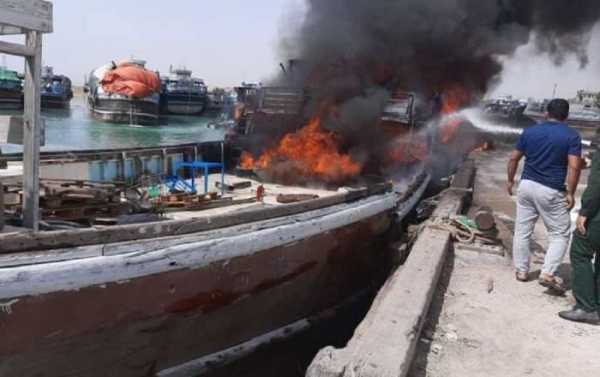 MOSCOW (Sputnik) – A container ship caught fire on Monday in the southern Iranian port city of Bushehr, official media reported, citing the head of the protection department of the Bushehr Ports and Maritime Organisation.

According to the IRNA news agency, the fire occurred in Ameri Port in Tangestan County and firefighters are currently trying to extinguish the blaze both from the sea and the land.

There is a threat of the fire spreading to other vessels.

​The investigation into the incident will be launched after the fire is taken under control, the news agency said.