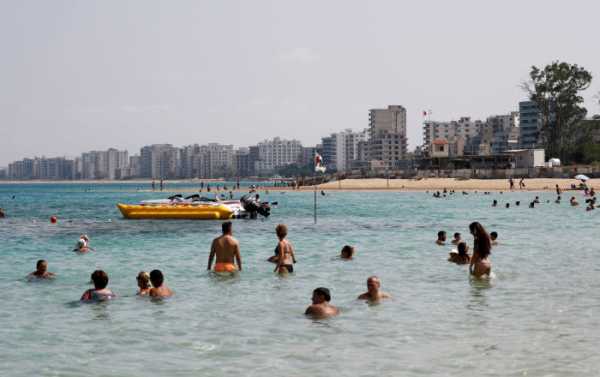 ATHENS (Sputnik) – The administration in exile of the Cypriot city of Famagusta intends to lodge a protest with the UN over Ankara’s plans to reopen Varosha, a ghost resort town in Famagusta, that has been fenced-off since Turkey’s invasion in 1974, the Cyprus News Agency (CNA) said on Sunday.

The Famagusta mayor, Simos Ioannou, told CNA that protest in connection with the matter would be lodged with the United Nations. He also intends to meet with the UN special representative in Cyprus, Elizabeth Spehar.

A 1984 UN Security Council resolution protects the status of Varosha, saying that the ghost town can only be resettled by its original inhabitants.

On Saturday, Turkish Vice President Fuat Oktay, however, said that Northern Cyprus’ authorities had the right to reopen the resort and were currently preparing for that. Oktay discussed the matter at a meeting with Turkish Cypriot representatives, including the self-proclaimed republic’s Prime Minister Ersin Tatar and Foreign Minister Kudret Ozersay.

In the wake of Oktay’s statements, the municipal council of Turkish-occupied Famagusta gathered for an emergency meeting. Afterwards, the mayor and municipal council members held a rally to protest unilateral actions with regard to Varosha’s status.

The Turkish Republic of Northern Cyprus will hold presidential election on April 12. Following the election, the leaders of Greek and Turkish communities of Cyprus are planned to resume peace talks. The incumbent leader of the Turkish Cypriots, Mustafa Akinci, is seeking reelection and advocating for peace negotiations. He has already spoken against unilateral moves with regard to Varosha.

China Says ‘Coercive Diplomacy is a Specialty of the United States’...