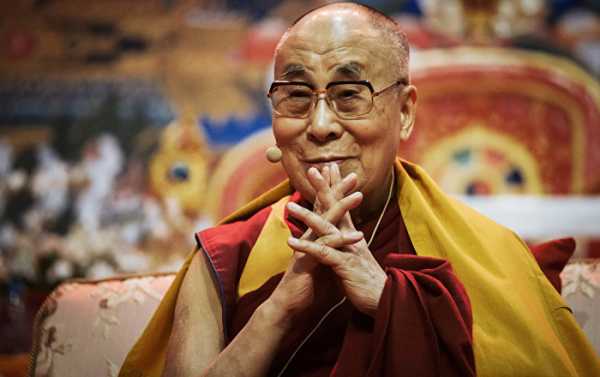 The initial recordings for the album took place at the Dalai Lama’s residence in Dharamsala in India. The idea for this initiative came from the spiritual leader’s former student Junelle Kunin, a musician from New Zealand. This album release comes five years after the Dalai Lama’s appearance at the Glastonbury Festival.

The 14th Dalai Lama is celebrating his 85th birthday on Monday by releasing his first-ever album featuring his mantras and teachings.

The Tibetan spiritual leader hopes his album, titled “Inner World”, will provide some peace amidst the coronavirus pandemic and the Black Lives Matter protests.

“Music has the potential to transcend our differences,” he said in a statement. “It can return us to our true nature of warm-heartedness.”

“The very purpose of my life is to serve as much as I can. Music can help people in a way that I can’t,” he added.

The record was first conceived when New Zealand musician and former student of the Dalai Lama, Junelle Kunin, got in touch with him about the idea in 2015.

The album was recorded by Kunin and co-produced with her husband Abraham Kunin, who composed the music.

“Inner World” features the track “One of my Favourite Prayers” and includes recitals of his meditations and sayings, which are accompanied by music.

The Dalai Lama appeared on stage at the Glastonbury Festival in 2015, delivering a message about compassion and mutual understanding.

‘Sickening!’ Netizens Angry at Video of Ilhan Omar Giggling When US...