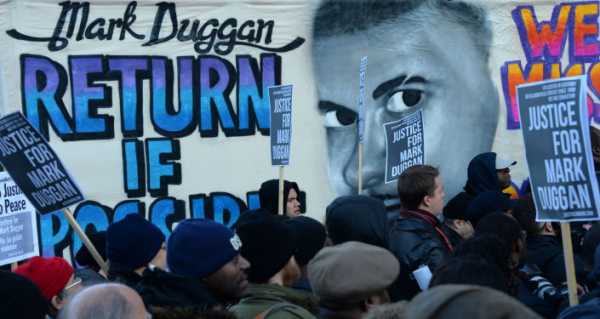 Duggan, 29, was killed in Tottenham, north London, on 4 August, 2011. The incident provoked the riots in several London boroughs which subsequently spread to the rest of the country.

Sputnik is live from London where protesters are holding a march against police brutality in commemoration of Mark Duggan’s killing by armed police in 2011.

The protest is organised by local anti-violence advocacy groups Tottenham Rights, The 4Front Project and Black Lives Matter UK among others under the slogan ‘No Justice. No Peace.’

29-year-old Mark Duggan was killed in August 2011 in a shootout with police. His death prompted a wave of unrest across the country. In 2013 a public inquest found that his killing was lawful.

9/11 mastermind Khalid Shaikh Mohammed claims to have dirt on Gina...