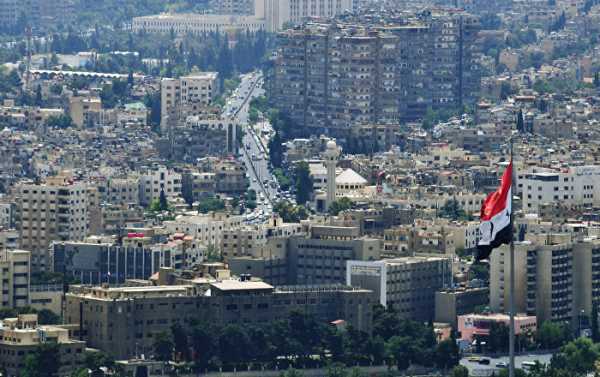 Danish Integration Minister Mattias Tesfaye stressed that almost 100,000 refugees have returned to Syria from the surrounding areas, and that Syrians living in Europe should do the same.

Integration Minister Mattias Tesfaye has asked the Immigration Service to review the residence permit for hundreds of people from Syria’s Damascus province based on the idea that the war in the country is effectively over and they don’t need protection.

In recent weeks, the Refugee Board has intervened in five cases, saying that Syrians from the Damascus area don’t need protection.

So far it remains uncertain how many Syrian cases will be reassessed by the Danish Immigration Service. The government’s press release estimates “with considerable uncertainty” that there may be about 900 cases. The majority of them are expected to be settled this year, the press release said.

According to the Danish law, a residence permit is granted for the purpose of temporary residence if the person applying for asylum is facing the death penalty or risks being subjected to torture, or inhumane or degrading punishment.

Last year, more Syrians emigrated from Denmark than immigrated into the country. 886 Syrians left Denmark while 563 moved in. In part, this is due to a new Danish repatriation law that encourages immigrants to return to their home countries.

However, the plan has sparked polarising reactions. The UN High Commissioner for Refugees stressed that there was no prospect for a peaceful solution to the long-standing conflict in Syria.

“Unless the situation in Syria is significantly improved in terms of ensuring protection for the population, UNHCR calls on states that have received Syrian refugees – including Denmark – to continue their protection,” UNHCR spokeswoman Elisabeth Arnsdorf Haslund said.

The Social Liberal Party urged the government to listen to the UNHCR’s recommendations. Its spokesman Andreas Steenberg also stressed that Denmark has no return agreement with Syria, which is why sending the refugees back would imply cooperation with Bashar Assad and his government, which Copenhagen has avoided doing.

The national-conservative Danish People’s Party, by contrast, sees the decision as symbolic and has no qualms about cooperating with Assad.

“We just have to see that Assad has been sitting there for a number of years. He is not so easy to get rid of, though we might wish for it,” the party’s foreign rapporteur and former leader Pia Kjærsgaard told the newspaper Kristeligt Dagblad.

Goldman Sachs, Patagonia, and the Mysteries of “Business Casual” |