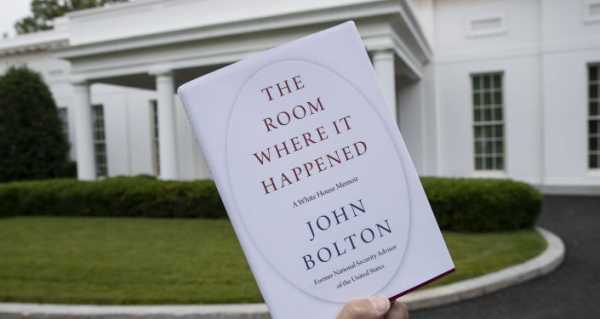 The US Department of Justice (DoJ) has initiated a criminal probe to determine if ex-national security adviser John Bolton’s tell-all book, “The Room Where It Happened: A White House Memoir,” divulged classified information to the public.

The DoJ convened a grand jury on Tuesday and subpoenaed publisher Simon & Schuster for communication records related to Bolton’s tell-all, which documented his 17 months of White House employment as national security adviser to US President Donald Trump.

The New York Times was the first to report on the agency’s move, which occurred following a referral issued by Trump’s Director of National Intelligence John Ratcliffe.

“Ambassador Bolton emphatically rejects any claim that he acted improperly, let alone criminally, in connection with the publication of his book, and he will cooperate fully, as he has throughout, with any official inquiry into his conduct.”

Sputnik reported in June that the DoJ had attempted to block the release of Bolton’s tell-all via a temporary restraining order. The request, however, was ultimately denied by senior federal judge Royce Lamberth.

Despite the failure to obtain the order, Trump referred to the judge’s June 20 ruling as a “BIG COURT WIN against Bolton.” He argued that the “highly respected” judge’s hands were tied, due to the advanced publication and release of several copies of Bolton’s book.

“[Bolton] likes dropping bombs on people, and killing them. Now he will have bombs dropped on him!” Trump concluded in his tweet.

He later declared that Bolton was “grossly incompetent” and “a liar.”

“Make sure I win,” Trump allegedly told Xi during the 2019 G-20 conference in Osaka, Japan. “I will probably win anyway, so don’t hurt my farms. … Buy a lot of soybeans and wheat and make sure we win.”

Biden Labels US School Closures, Women Leaving the Workforce as ‘a...

‘Unconscious For Nine Days’: Jordan Peterson Opens Up About His Drug...