Home World Don’t Downplay the Détente Between the Koreas 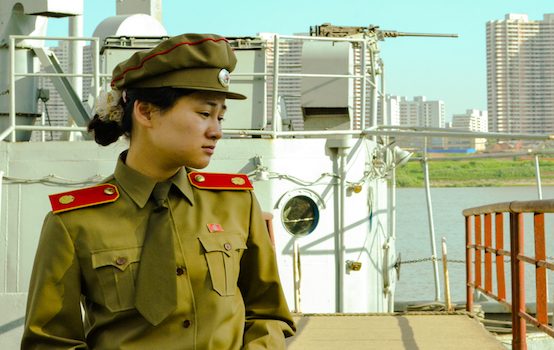 Last year the Korean Peninsula seemed headed to war, courtesy of the United States. President Donald Trump was behaving like his North Korean counterpart, tossing insults and threats with wild abandon. The irresistible force had met the immovable object and no one knew what to expect.

Now many believe inevitable war has given way to peace in our time. A Nobel Peace Prize has Donald Trump’s name on it. So ready is Kim Jong-un to surrender that National Security Advisor John Bolton feels comfortable proposing the “Libya model,” which led to a very public and gruesome death for another foreign official who entrusted America with his nukes and missiles. 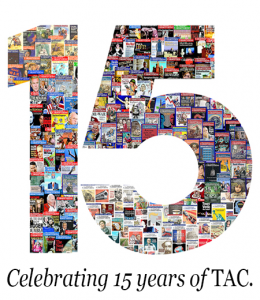 In fact, there are many reasons to doubt that Kim will divest his regime of weapons that cost so much to develop and offer unparalleled status and deterrence. The inter-Korean summit offered impressive visuals, but we should remember Kim’s father met with two South Korean presidents, as well as then-U.S. secretary of state Madeleine Albright. After those gatherings the expectations were equally high even if the mood was not quite as ebullient. Then reality intervened, ultimately leading to the first talk of nuclear war in the United States since the end of the Cold War.

The great danger of excessive expectations is that they could be followed by claims of betrayal and renewed threats of war by Trump. While the president’s true attitude is difficult to discern, his appointment of two war hawks, Bolton and Mike Pompeo, is cause for pessimism. So, too, is increased speculation that Defense Secretary Jim Mattis’s tenure might soon be over. Observers predict that President Trump will be less willing to put up with his obstructionist military advisor with the more compatible Bolton and Pompeo onboard.

Still, while it’s important to deflate excessive expectations, it’s a mistake to underplay the significance of the emerging détente between the two Koreas that was highlighted by the summit. The possibility of peace and stability in Northeast Asia is far greater today as a result. And that is, or at least should be, the fundamental objective of U.S. policy. Denuclearization is but a means to that end.

What is going right?

First, Kim appears to be much more than a Stalinist caricature. His father, who was mocked in the film Team America, was said to surprise and impress in private meetings, but Kim Jong-il nonetheless had virtually no public persona—only once, it seems, did he ever speak publicly to his own people. While charm and sociability do not excuse Kim Jong-un’s many sins, they do suggest that he might be more interested in and capable of engaging South Korea, the U.S., and other nations. Perhaps he imagines himself as a statesman on the international stage.

Second, this Korean summit had a different feel than past meetings. Kim came south, brought his wife, showed spontaneity, joked with Moon, and made statements that his father and grandfather would never have uttered. He might not be serious about surrendering his nukes—I’m inclined to believe he’s playing a smart and deep diplomatic game. But he at least demonstrated that he isn’t personally scary, and that could make Western governments more willing to engage him irrespective of the outcome of his meeting with President Trump. No longer can North Korea’s leader be dismissed as nutty and worse.

Third, Kim’s positions and remarks suggest that he recognizes policy trade-offs, especially between nuclear and economic developments. Unlike his ancestors—the North is more traditional monarchy than communist dictatorship—he has implemented serious economic reforms and emphasized education and science backed by investment and construction, which I witnessed first-hand in Pyongyang last year. Indeed, Kim recently announced in a speech to the Central Committee of the Korean Workers’ Party that his government had fulfilled its nuclear objectives and could now “concentrate” on economic development. The latter would obviously benefit from sanctions relief, giving the U.S. greater leverage. And even if Kim is not willing to abandon his nukes entirely, he might be willing to negotiate serious limits that would promote regional stability and peace.

Fourth, Kim suggested that regular contact with America would obviate the need for nuclear weapons. That confirms what’s long seemed evident: that the DPRK desires a relationship with Washington. Such ties would reduce the likelihood of attack and help balance against China and Russia. The Kims have successively and ruthlessly protected the North’s independence against all comers, to the point that fear of Chinese interference likely played a role in Kim’s execution of his uncle and presumed assassination of his half-brother. Despite spending decades peppering the U.S. and its leaders with insults and obloquy, Kim is now suggesting a very different future. It looks a bit like a Nixon-to-China moment. Even if the DPRK fails to fully disarm, it may end up with a much better and less confrontational relationship with America, just as Beijing did, despite keeping its nukes.

Fifth, the burgeoning inter-Korean friendship makes war much less likely. President Trump could not—at least not without substantial criticism from South Korea, America’s other regional allies, and Americans as well—cancel the summit or walk out. He could emerge from the meeting declaring that he was not satisfied with the result. He could insist on serious concessions backed by actions before lifting or even moderating sanctions. He could warn against complacency. However, he would have trouble convincing anyone that a failure of the talks required a bombing run or two.

South Korea was never likely to consent to U.S. military action: after the Kim-Moon summit, such agreement is downright inconceivable. Too many South Koreans see the positive potential in a bilateral relationship to recklessly gamble away their future. In theory, of course, Washington could attack without South Korea’s consent using any forces stationed in the Republic of Korea. However, doing so would be more difficult in practice. Such action would also disrupt the relationship with Seoul, especially if widespread conflict resulted.

The impending summit is surrounded by enormous uncertainties and many landmines, and peace has not yet arrived. Nevertheless, this meeting is an extraordinary opportunity that could end after 65 years the threat of renewed hostilities on the Korean Peninsula. That would be a worthy achievement for any administration.

Doug Bandow is a senior fellow at the Cato Institute and a former special assistant to President Ronald Reagan. He is author of Tripwire: Korea and U.S. Foreign Policy in a Changed World and co-author of The Korean Conundrum: America’s Troubled Relations with North and South Korea.