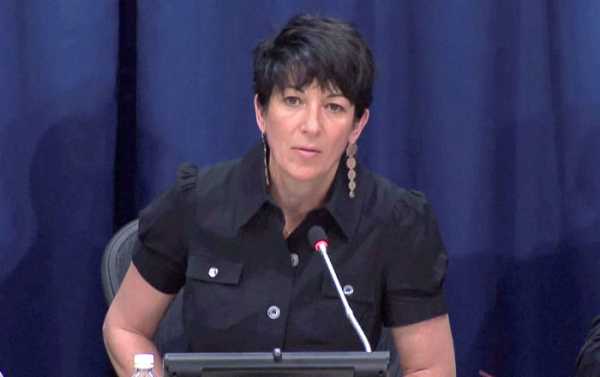 Jeffrey Epstein’s arrest in 2019 prompted speculation that powerful people would fall, as many politicians and celebrities flew on the plane where the financier is said to have abused dozens of girls. Epstein didn’t appear in court, as he killed himself awaiting trial. According to rumours, Maxwell, his alleged accomplice, risks repeating his fate.

Jeffrey Epstein’s ex-girlfriend Ghislaine Maxwell is being moved from cell to cell ahead of a court hearing, as authorities fear for her life, the Mail on Sunday reported, citing an anonymous source. “[The authorities] are terrified someone will try to kill her so they keep moving her around. She is being moved from cell to cell and sometimes has a cellmate, sometimes not”, the source told the Mail on Sunday.

Maxwell, who is facing six charges, including for enticing minors – one as young as 14 – to engage in illegal sex acts, was moved to the Metropolitan Detention Centre in Brooklyn, New York, where she was placed under constant surveillance. Reports say prison officials have implemented additional safety protocols and the 58-year-old was reportedly given clothes made of paper, while guards took away the bed sheets from her cell, fearing she may take her own life.

However, criminal defence attorney Joseph Tacopina doesn’t believe one needs to worry about potential suicide. Tacopina said he is certain that the woman would be granted bail. “If I were a betting man I would bet that she is going to be granted bail”, Tacopina told Fox News. Earlier, Maxwell’s legal team asked the judge to release her on a $5 million bond and place under house arrest. In return, she would surrender all her passports.

She will appear in New York’s southern district court on 14 July. The hearing will be held via videoconference due to the coronavirus outbreak.

Who is Ghislaine Maxwell?

Maxwell is the daughter of British publishing tycoon Robert Maxwell. She met Jeffrey Epstein in the 1990s and the two dated for several years. However, after breaking up, the two reportedly continued to be close, although Maxwell denies this. Reports say she introduced Epstein to many powerful figures, including former US President Bill Clinton, who allegedly travelled on Epstein’s plane, dubbed the Lolita Express, and Prince Andrew, who is accused by one of Epstein’s alleged victims of having sex with her on three occasions, including when she was 17.

She is purportedly one four co-conspirators who were granted immunity from prosecution together with Epstein when he struck a plea deal with prosecutors during his first criminal case. Back then, Epstein was charged with soliciting prostitution, he pleaded guilty to two felony prostitution charges, and was ordered to register as a sex offender. He served 13 months in prison before the punishment was changed to a house arrest.

In 2015, Maxwell was accused by one of Epstein’s alleged victims, Virginia Giuffre, of grooming her to provide sexual services for the banker and even sued Maxwell for defamation. The case was settled in Guiffre’s favour and Maxwell reportedly paid her millions of dollars.

In July of 2019, Jeffrey Epstein was arrested on charges of running a sex trafficking network of minors. He killed himself in prison while awaiting trial, but the circumstances surrounding his death led to speculation that his powerful friends had decided to get rid of him, fearing they may be implicated in the case. Since his arrest and death, Maxwell has denied any involvement in the billionaire’s crimes.

US Department of Defense to Begin Testing 5G Tech Prototypes

Two and a Half Decades Observing Life in Rural America |

Injury time drama as Kilmarnock fight back against Hibernian