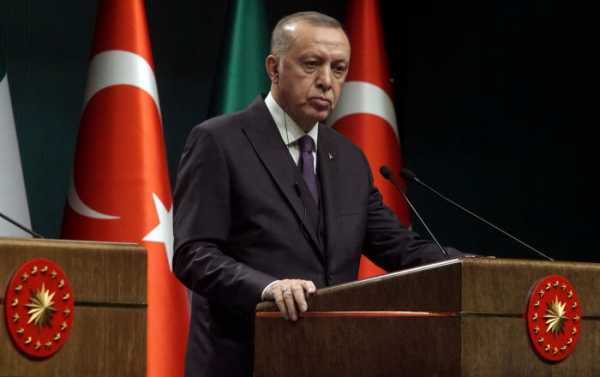 ANKARA (Sputnik) – Turkish President Recep Tayyip Erdogan demanded on Saturday that Syrian government forces immediately withdrew from areas close to Turkish observation posts in Idlib, backtracking from his previous pledge to wait for the move until the end of February.

Erdogan has repeatedly threatened military action unless Syrian armed forces halt their operation in Idlib and withdrew from the de-escalation zone by the end of the month.

Turkish military convoy is seen near the town of Idlib, Syria, Wednesday, Feb. 12, 2020

The situation in Idlib has been tense for months. Tensions spiked recently after Turkish military units came under fire from Syrian government forces, and two Syrian helicopters were shot down.

Ankara has accused the Syrian government forces of violating the ceasefire in Idlib and has threatened military force unless the situation changes. Damascus, in turn, has defended its right to retaliate against continued militant attacks on civilians and government forces in Idlib.

Uber driver in US illegally charged with 4 California rapes