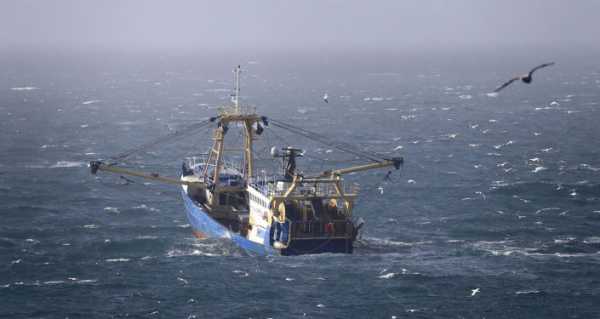 Amid rising temperatures and calmer waters, the number of migrants illegally crossing from France to the United Kingdom has increased to record numbers this year, already surpassing the total number in 2019.

The former head of the UK’s Border Force has called on the government to come to an agreement with French authorities in order to prevent a further increase in numbers of migrants illegally crossing over the English Channel.

Ex-Border Force director-general, Tony Smith said on Saturday that a “bilateral agreement” with France would be necessary in order to stop the situation worsening, he said to BBC Radio 4’s Today.

He said that the government needs to find a way of “breaking this circle and stopping the pull factor” fuelling smuggling supply chains through Europe.

Smith warned that a failure to break the pull factor could see a repeat of the Mediterranean crisis in 2015 where people were incentivised to make the dangerous crossing by hearing “that all you need to do is get out on to the English Channel” to enter and remain in the UK.

Last week Smith explained that he believes the UK should be vetting asylum seekers to Britain in France, and that those who would like to travel to the UK should be provided legal and safe passage.

Former Home Secretary Jack Straw told the Today programme that an attempt to “push back” the migrant boats would lead to increased risk of capsizing and drowning and that he would not “go down that route”.

This comes as government ministers are looking towards arranging talks for a bilateral solution.

Immigration Minister Chris Philp said he plans to meet French authorities next week inro order “to stop these illegal migrants from getting in the water in the first place”.

Writing in the Telegraph he said “we need to intercept those who manage to leave France” and said that he would encourage his French counterparts “to look at hard interceptions at sea”.

According to Kent County Council leader Roger Gough, however, local services are being put under “enormous” pressure due to the level of unaccompanied minors arriving in the UK – 400 arriving this year alone, far exceeding all of 2019.

Sixty minors arrived at the beginning of August, including 23 on Friday.

He suggested that the Navy could be deployed to deal with the crisis and also echoed the former border chiefs call for an agreement, saying that “historically the best experience we’ve seen of reducing the inflows is when there’s been a successful agreement, level of shared interest, between the British and French authorities”.

A new single-day record was set on Thursday, during which at least 235 people made the journey on 17 boats. The Home Office has said that the calmer waters and warmer weather on Friday saw 130 people illegally enter the UK on 13 boats.

The governments renewed focus on the migrant crisis follows a series of attempts to highlight the problem by Brexit Party leader Nigel Farage, who in recent weeks has been uploading videos in the areas where the illicit landings have taken place and has accused the French of aiding an “invasion” of the UK.

How Russian hackers stole information from Democrats, in 3 simple diagrams