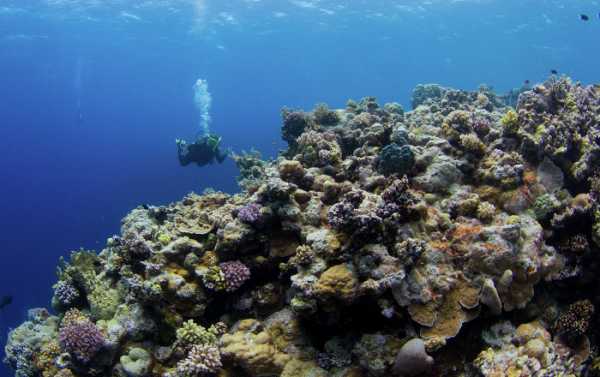 The bleaching of the Great Barrier Reef has been a primary concern for World Heritage Site guardians and researchers amid rising concerns of global warming and environmental decay. In recent years, experts have warned that Australia and the world must act promptly to save one of the worlds largest and most important living artifacts.

The Great Barrier Reef has suffered a massive coral bleaching event, its third in a period of just five years, according to a scientist who conducts aerial surveys of hundreds of individual reefs, speaking to the Guardian Australia on Wednesday.

Professor Terry Hughes, director of the ARC Centre of Excellence for Coral Reef Studies at James Cook University, told Guardian Australia on Wednesday that the event was “severe”.

Hughes, one of the world’s leading authorities on bleaching and the Great Barrier Reef, said that the full impact of what has happened will be seen after an additional three days of “crucial” surveying.

Working with staff from the state-run Great Barrier Reef Marine Park Authority (GBRMPA), Hughes examines bleaching levels on 682 reefs via a spotter plane flying at an altitude of some 500 feet.

Almost 500 reefs, from the Torres Strait to Cairns, were observed in the previous 4 days, revealing significant bleaching on reefs closer to shore, but outer “ribbon reefs” in the far north have reportedly avoiding much of the damage.

Hughes said that extensive bleaching at levels “comparable to 2017” had been found in surveys this week in the central parts of the reef, when it is estimated that around 22 percent of shallow water coral across the 2300 square kilometers of the reef had died.

About 80 reefs between Tully and Townsville were badly bleached, hitting both inner and outer reefs.

Popular tourist spots between Cairns and the Whitsunday Islands had not been as severely hit and were thought to likely recover from what Hughes described as mild bleaching.

Some juvenile corals “about the size of dinner plates” in the centre of the reef had been bleached, which slows the rate in which the area can recover.

Authorities managing this major marine park revealed in 2019 that over a five-year period the reef’s outlook had deteriorated from ‘poor’ to ‘very poor’, and warned that ‘now’ was the time to take action if there was to be a reverse to the deadly effects.

This third major bleaching event follows the worst outbreak of mass bleaching on record, which in 2016 and 2017 killed some 50 percent of the shallow water corals in the world’s largest reef system.

The UN’s Intergovernmental Panel on Climate Change published evidence which suggests that a majority of tropical coral reefs will disappear if global heating were to rise 1.5C and would remain “at very high risk” at 1.2C.

The globe has warmed around 1C since about 1760, the advent of the industrial revolution.

The romaine lettuce E. coli outbreak is finally over