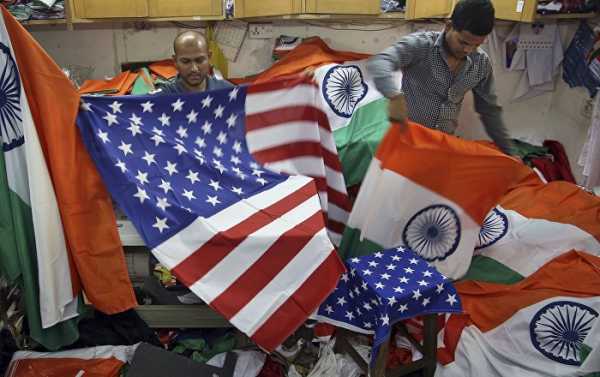 New Delhi (Sputnik): In a bid to safeguard jobs for American citizens in the aftermath of COVID-19, US President Donald Trump has suspended the issuing of several work visas, including the H-1B visas popular in India, until the end of 2020. The news triggered strong reactions among Indian IT professionals, who took to Twitter to express themselves.

India will be pleased to have all of its skilled professionals back in the country, sources in the Indian Commerce Ministry said, reacting to the suspension of H-1B visas by the US president.

Further reacting to President Trump’s visa suspension decision, the Indian ministry’s sources revealed that over 300,000 Indian H-1B visa holders, who are currently in the US, are looking at financially beneficial turnouts.

“This policy can result in a skilled workforce shortage, especially in the science, technology, engineering, and mathematics (STEM)-related fields, and the existing H-1B visa-holding Indians can benefit from the same in the form of higher remuneration and result in higher remittances,” the statement added.

Interestingly, the commerce ministry’s informal statement coincides with the views of India’s apex industry body NASSCOM, that labelled President Trump’s decision “misguided towards the US economy”.

The US grants 85,000 work visas annually, of which nearly 70 percent are taken by Indians, according to United States Citizenship and Immigration Services (USCIS) data for 2017.

At the time, the USCIS noted that out of the 3.4 million H-1B visa (non-immigrant visa) applications filed in the decade to 2017, Indian applications made up around 2.2 million.

Indian IT and ITeS companies have set up over 1,000 global delivery centres in about 80 countries across the world and most of these centres are in the US.

The US decision to not issuing new H-1B and other work visas for foreigners is for the next six months, which is likely to impact 30,000 professionals in India, with the scope and opportunities to work in the US.

“However, the Indian Government will take all steps required to reinstate the visas and ensure the mobility of labour across the world,” the ministry sources noted.

Analysts Explain Why Taliban Enjoys ‘Critical Legitimacy’ and How Its Win...