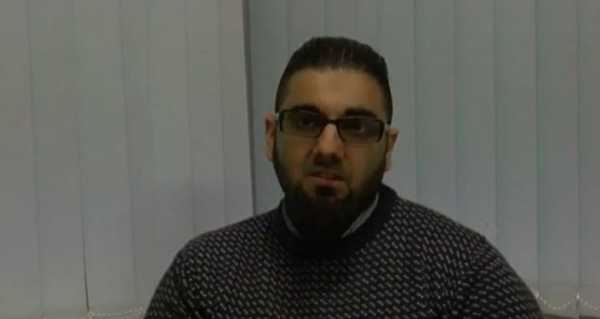 Convicted terrorist Usman Khan was attending a prisoner rehabilitation workshop near London Bridge in November 2019 when he fatally stabbed two people and injured three others. Khan, who was wearing a suicide vest which turned out to be fake, was “neutralised” by armed police.

A jury at the inquest into the killing of convicted terrorist Usman Khan has ruled police were justified in shooting him because they genuinely thought he was wearing a “viable” suicide vest.

The jury returned a verdict of lawful killing at London’s Guildhall on Thursday, 10 June.

The jury ruled that when Khan sat upright after being shot twice and was told to stay still it was “interpreted as a move to detonate the device” and the officers were therefore legally within their rights to shoot him.

Last week a specialist firearms officer told the inquest of the moment when he first saw Usman Khan – who had just stabbed two people – wearing a suicide vest on London Bridge on 29 November 2019.

​The officer, who testified anonymously, said he fired 10 shots at Khan, “neutralising” the threat.

Khan stabbed to death Jack Merritt, 25, and Saskia Jones, 23, at the nearby Fishmongers’ Hall and was then chased out onto the bridge by several people from the Learning Together prisoner rehabilitation event.

Jack Merritt, pictured on the day he was killed by Usman Khan

WS5, a former soldier, said when he saw the suicide vest around Khan’s chest he believed it was “real” and said: “It looked like a viable device.”

He said Khan started shouting Allahu Akbar (God is great) and WS5, asked how he felt, said: “If I’m honest I didn’t think I was going home.”

The fake suicide belt which Usman Khan wore, which included components from an Xbox

The armed officers then moved the civilians back, fearing Khan would detonate the Improvised Explosive Device (IED).

The jury was shown footage of the entire incident.

Khan was shot twice by another officer and lay motionless for a few minutes but then sat up for 13 seconds before 10 shots were pumped into him by WS5.

In total 20 shot were fired by police.

Jonathan Hough, QC, counsel for the inquest, had asked WS5: “Why was it necessary to fire that critical shot?”

“To make sure that he did not initiate that IED,” he replied.

Last month a jury at a separate inquest ruled there had been “unacceptable” failings by state agencies which contributed to the deaths of Jack Merritt and Saskia Jones.

The pair suffered fatal injuries when Khan, who had strapped two knives to his hands in a toilet cubicle, suddenly launched an attack out of the blue during the informal event hosted by the charity Learning Together.

‘Hope There’s No Quid Pro Quo’: Is US Expecting Something in...

One Year Later: Americans Remember Floyd on Anniversary of His Death...

Germany Steps Up ‘Russia Containment’ Policy But Moscow is Ready for...