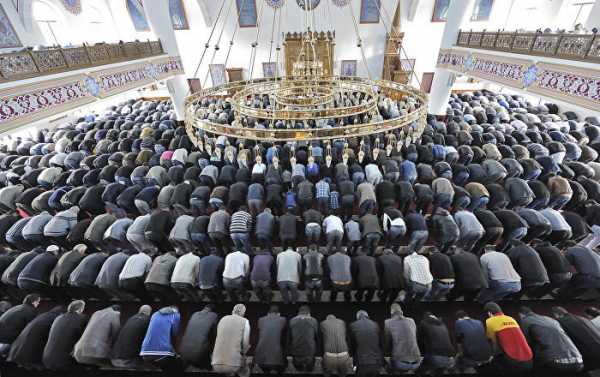 While Swedish researchers have brushed aside the idea of an Islamic takeover despite a dramatic demographic change, they admitted the rise of Islamist indoctrination and increasing tensions.

Among Iraqi Christians there is a widespread belief that many European countries, such as Sweden and France, have “naively” received too many Muslims from the Middle East and now risk an increased Islamic influence to the point of Islamist rule, the Christian magazine Världen Idag reported.

“You lose control”, church worker Layla (a pseudonym for security reasons) from Iraqi Kurdistan told the magazine. Among Christian Iraqis like herself, she said, there is a belief that Sweden will turn Islamist in the future, because of the large immigration from Muslim countries.

Pastor Basil (also a pseudonym), who has met thousands of Yazidis and Christians fleeing from Daesh*, recalled the Muslim concept of taqiya, a precautionary dissimulation or denial of religious belief. According to him, it is frequently utilised by radical Muslims as well to hide their true intent.

According to Islamologist Rickard Lagervall of Lund University and Jönköping University, it is unlikely that Islamists would take over in Sweden any time soon, since they are a minority. Another reason is that Islamists are a divided group that includes not only Daesh sympathisers and jihadists, but also “puritan” Salafists who, he suggested, avoid politics. In addition, “ordinary” Muslims are a fragmented group as well, he stressed.

“Within the Muslim background group, many are not necessarily Muslim practitioners”, he stressed.

The number of Muslims in Sweden has spiked dramatically in a matter of decades. In 1950, there were merely 500 Muslims in the Scandinavian country. Today, their share is estimated to have exceeded 800,000, amounting to 8.1 percent of the population, according to the Pew Research Centre.

A 2018 survey by the very same institution expected the number of Muslims in Sweden to reach 4.5 million, by way of demographics and immigration, prompting the Christian newspaper Dagen to ask whether the Swedish cross will be replaced by a crescent.

Aje Carlbom, associate professor of social anthropology at Malmö University, ventured it was an exaggeration that Islam will take over Europe. He stressed that many Muslims become secularised and thus have fewer children. At the same time, he envisioned clear tensions between Swedes and Muslim communities, especially radical ones.

Lack of US Ambassador to South Korea Could Mean Fear of...

Pick your England XI to take on Costa Rica