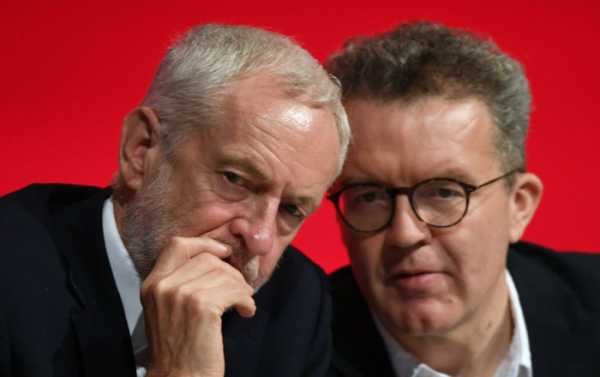 Jeremy Corbyn has served as Labour leader since 2015, but after the party’s worst electoral result since the 1930s, he announced in December that he would stand down.

Laura Alvarez, a Mexican human rights lawyer and wife of outgoing Labour leader Jeremy Corbyn, has accused the media of having “vilified” her husband, adding that he was “attacked by his own party” during his time at the helm.

Speaking to The Mirror on Friday, she said that the treatment Corbyn had received was “hard” for her to watch and expressed regret about the lack of unity in the party.

“The brutal irony is that if we had pulled together, we would have been ready to lead the country rather than suffer more austerity under the Tories”, she added.

She also said that she believes that the UK’s National Health Service (NHS) would have been more capable of bearing the strain of coronavirus had Mr Corbyn been elected Prime Minister.

Ms Alvarez has been married to Mr Corbyn for seven years and has largely avoided the public eye since her husband became leader in 2015.

Mr Corbyn announced that he would be standing down as Labour leader following the 2019 election defeat, with his successor due to be announced on Saturday.

In a message to supporters, party members and activists on Friday he said that it had been the “honour of my life” to lead the party and apologised for not returning it to government.

However, he championed the work done in changing “the agenda on austerity and how the economy is run”. Citing the party’s more moderate policy positions prior to his election and the leftward shift the organisation has taken under his leadership.

A Campaign of Extremism or Disinformation?

After taking the reins on the party, Corbyn’s leadership was met with strong opposition from within his own party, including the resignations of long-stranding Labour MPs.

Citing allegations of a “culture of extremism, anti-Semitism and intolerance” developing under Corbyn’s leadership, former MP Ian Austin left the party and subsequently urged the public to vote for Boris Johnson’s Conservatives.

The Equality and Human Rights Commission opened a formal investigation into cases of anti-semitism in the Labour Party during Corbyn’s leadership.

But supporters of the Labour leader have complained that Corbyn was the victim of a smear campaign from those opposed to his domestic and foreign policy agenda rather than sincere concern over anti-semitism or extremism.

“If it hadn’t have been for the disloyalty and disgraceful behaviour by members of the Parliamentary Labour Party in 2016 we’d be three years into a Labour government now”, Burgon said.

Corbyn himself has identified the media and its ownership for hindering the Labour campaign last year.

In a study by the London School of Economics (LSE) published in July 2016, researchers found that Corbyn was “thoroughly delegitimised” as a political actor from his initial standing as a leadership candidate “and even more so after he was elected as party leader”.

Relax, Rocket Man! NASA Will Put You in a ‘Happy’ Spacesuit