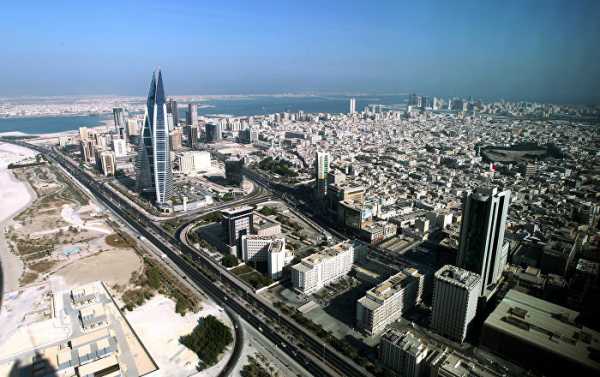 The smallest Arabic country is a viable ally to the United States, which has been providing a base for US naval activity in the Persian Gulf since 1947. At the moment, the island kingdom hosts the headquarters of the US Fifth Fleet.

Anti-American protests erupted in the country’s capital Manama and other towns on Friday, Lualua TV reported.

People demanded the withdrawal of American marines and the nearby US naval base, which has been active on the island for decades. The protestors carried placards reading “Leave Our Land,” and criticized the US President Donald Trump and the ruling Al Khalifah house.

They also expressed their support for the Palestinian demonstrations on the Gaza border, condemning Israel and stepping on portraits of Trump and Israel Prime Minister Netanyahu.

The tiny island kingdom in the Persian Gulf has harbored the US 5th Fleet since its reactivation in 1995, and is home to the U.S. Naval Forces Central Command. Bahrain’s population is mostly Shiite, but the ruling Al Khalifah dynasty adheres to Sunni Islam.

The situation in the country dramatically changed after protests erupted in 2011, inspired by the unrest that swept much of North Africa and the Middle East during the Arab Spring. The Bahraini government opted for an austere interior policy, which included inviting Saudi forces, establishing military courts for civilians and sentencing many protestors to the death penalty.

Why capitalism won’t survive without socialism

Liu Xia Rebuilds Her Career as an Artist |

IBM Knocked for Preferring Asian Workers to Americans as It Partners...