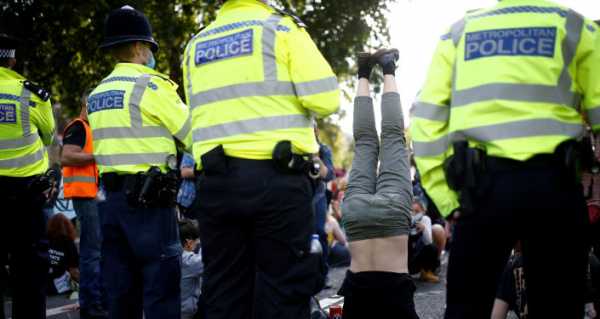 MOSCOW (Sputnik) – The London police said they had arrested 90 people for public order violations at the Extinction Rebellion protests.

Hundreds of people gathered in front of the UK Parliament in Central London on Tuesday as the environmental group began two weeks of disruption across the United Kingdom.

The protesters said the sit-in demonstration at Parliament Square was aimed at pressing lawmakers and the government to take direct actions on climate change.

The environmental group, whose protests last year brought Central London to a standstill for several days, has been out of the streets for the last five months due to the novel coronavirus lockdown.