Home World Most Americans Want Prince Andrew to be Extradited to US Over Jeffrey... 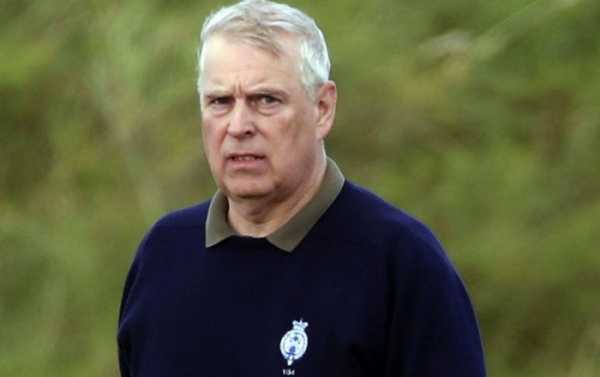 Queen Elizabeth’s son is facing growing scrutiny following the arrest of Jeffrey Epstein’s supposed “madam”, Ghislaine Maxwell. Andrew is known to have been close to both Esptein and Maxwell, and has been accused of sexually abusing a teenage girl, a charge he staunchly denies.

More than half of Americans believe that Britain’s Prince Andrew should be extradited to the United States to answer questions about his ties with the late paedophile Jeffrey Epstein, a new poll shows.

As reported by The Times, 53 percent of Americans quizzed by the polling company Redfield and Wilton Strategies agreed that the royal should comply with requests to “testify in court about his relationship with Jeffrey Epstein”.

Pressure has been growing on the 60-year-old prince to assist US prosecutors looking into the alleged sex crimes of Jeffrey Epstein since the arrest of the financier’s close associate, Ghislaine Maxwell.

Connections with Maxwell and Epstein

Prince Andrew has been friends with Maxwell, the British socialite who faces charges of procuring women and girls for Epstein. She made her first appearance before a Manhattan federal court on Tuesday to plead not guilty to the charges.

Andrew has said that it was Maxwell who introduced him to Epstein in 1999. He has been close to the disgraced financier too, meeting him in New York in December 2010, after the tycoon served a soft jail term for soliciting prostitution and registered as a sex offender. The prince said he visited Epstein in New York to end their relationship.

Prince Andrew said last November that he was willing to assist the prosecutors. However, US prosecutors and lawyers representing Epstein’s accusers have said repeatedly that Andrew refuses to cooperate with authorities and that they are still waiting to hear from him.

At the moment, the prince cannot be extradited because prosecutors want to merely interview him in connection with the case. The US Department of Justice last month reportedly filed a formal mutual legal assistance request to the UK Home Office. Under the terms of that request, Andrew can be called to a UK court to answer questions if he doesn’t respond voluntarily.

Karen Todner, a leading UK extradition lawyer, told Sky News this week that the UK government and the Home Office will almost inevitably be dragged into deciding whether the Duke of York should give testimony. She also added that he doesn’t have diplomatic immunity, so the process will follow through if it starts.

Accusations against the Duke of York

One of Epstein’s early accusers, Virginia Giuffre (previously known by her maiden name, Virginia Roberts) has claimed in sworn depositions and in TV interviews that she was forced to have sex with Prince Andrew three times between 2001 – when she was 17 – and 2002, in London, New York and Epstein’s private island in the US Virgin Islands.

Prince Andrew has vehemently denied the accusations and maintained that he had no recollection of ever meeting Giuffre. The British royal was photographed together with his arm around her waist next to Ghislaine Maxwell, supposedly at Maxwell’s London home in 2001, though Andrew insisted that it was faked and altered.

Andrew gave a notorious interview in November 2019 in which he tried to maintain his argument that he had done nothing wrong. In particular, he claimed that he was at a pizza restaurant with his daughter on that very day in 2001 on which Giuffre allegedly had sex with the prince.

The interview was widely seen as a PR disaster, and Prince Andrew stepped back from royal duties following the backlash.

Reports also emerged in December that a second alleged Epstein victim had come forward with sexual abuse claims against Andrew, and lawyers for other women suing his estate were considering whether to include her in the lawsuit. She has not been identified yet.

‘Like Putting a Knee to One’s Neck’: Russia Slams US ‘Maximum...

The GOP’s silence on the whistleblower allegations is telling