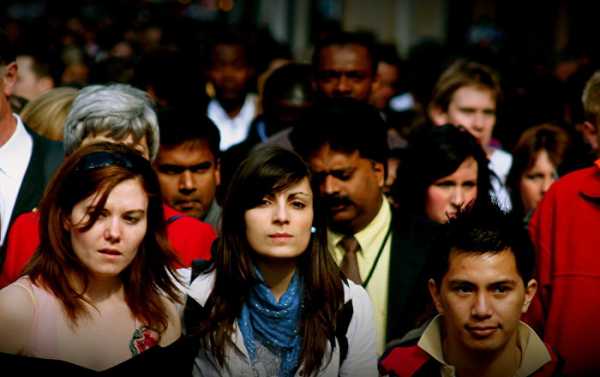 Annual non-EU migration to the UK, especially of those who move to study, has been steadily increasing year-on-year. This contrasts a trend of decreasing travel for work from European Union countries.

Figures released on Thursday by the Office for National Statistics (ONS) show that net migration to the United Kingdon from outside of the European Union has hit its highest level in 45 years.

​Over 282,000 non-EU citizens came to Britain than left in 2019, which is the highest since recording began in 1975. According to the ONS, the spike is taking place primarily as a result of an influx of students from China and India.

An estimated 270,000 more people moved to the country intending to stay beyond 12 months than those who left.

While overall migration levels have remained the same since 2016, Lindop explained that immigration from inside and outside of the bloc has followed “different trends”, with those coming from the EU primarily coming for work and those from elsewhere coming for study.

Lindop acknowledged that the coronavirus pandemic has had a “significant impact on travel since December” and that today’s analysis shows that travel to and from Britain has “decreased in recent months”.

​The news comes amid a national lockdown introduced to enforce social distancing during the coronavirus pandemic. Travel advice warns against “all but essential international travel” and the UK is poised to bring in a 2-week quarantine period for all plane arrivals.

It also follows new immigration legislation in parliament on Tuesday designed to end EU free movement for Britain, which would likely require EU workers to acquire work permits to work in the UK.

As Britain is geared to leave the EU’s Single Market and Customs Union at the end of 2020, Prime Minister Boris Johnson pledged that immigration policy will “put people before passports” while lauding the benefits of a post-Brexit Britain in January. A move that could signal to non-EU citizens a more lax migration policy while barriers to Europeans go up.

No Apology: Piers Morgan Gives Trump a Piece of His Mind...

Completion of Nord Stream 2 to Cut Europe Gas Prices by...