Home World Reality Check as China’s Huawei Running out of Smartphone Chips Under US... 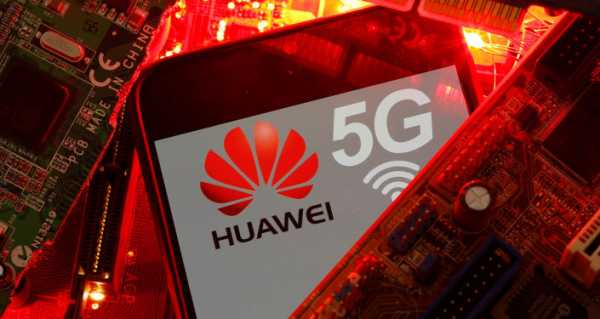 In May, Washington doubled down on its targeting of tech giant Huawei, restricting its access to custom chips it has developed in recent years to power its 5G equipment and flagship smartphones, as part of a broadside against Chinese companies over perceived security threats that now also targets video app TikTok and messaging service WeChat.

As the CEO of Huawei Technologies Consumer Business Group, Richard Yu, updated users with news regarding the autumn release of the firm’s latest flagship, the Mate 40, he acknowledged that it might be the last to carry the company’s new high-end Kirin 9000 chips from HiSilicon, Huawei’s semiconductor subsidiary.

Yu confirmed that discontinuation of the manufacturing of the powerful Kirin chipset, featuring new 5G technologies, AI processing capabilities, powerful Neural Processing Unit (NPU) and GPU performances, is due to new sanctions imposed by the US government and a sign of the growing impact of US pressure.

Te production of Kirin chips, designed by Huawei’s own engineers, will stop because they are made by contractors that require US manufacturing technology, said Richard Yu, acknowledging that the company lacks the ability to make its own chips.

Earlier, DigiTimes reported that Huawei was increasing the share of third-party mobile application processors (APs) for current and upcoming smartphones, as well as slashing use of in-house Kirin chipsets made by the semiconductor division, HiSilicon, in the face of US challenges.

Huawei in the Crosshairs

Huawei Technologies Ltd., one of the biggest producers of smartphones and network equipment, has been at the center of simmering US-Chinese tension over technology and alleged security concerns, with Washington earlier blacklisting the tech giant and insistently urging other countries to follow suit, claiming that it uses its equipment to spy on behalf of the Chinese authorities. These accusations have been consistently rejected by both Huawei and Beijing.

Washington cut off Huawei’s access to US components and technology including Google’s music and other smartphone services in 2019, further tightening the noose in May, when it barred vendors worldwide from using American technology to produce components for the Chinese company.

Of late, the feud has spread to include popular Chinese-owned video app TikTok and China-based messaging service WeChat.

The messenger app WeChat and short-video app TikTok are seen near China and U.S. flags in this illustration picture taken August 7, 2020

President Donald Trump signed on 6 August an executive order banning any transactions with the app’s developer, Chinese firm ByteDance Ltd., beginning 45 days after the document’s signing, pressuring the company to sell its US operations to non-Chinese owners or face a ban in the country.

No Talking to Taliban: Trump Affirms US Commitment to Afghanistan

Are We in the Midst of a Brunch Revival? |

Are 26 billionaires worth more than half the planet? The debate,...