Home World Rocket Hits Near US Embassy in Baghdad, Second In Past Two Days... 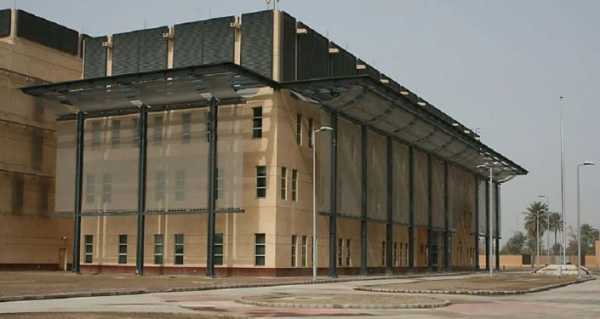 The attack comes just a day after two Katyusha, targeting the so-called green zone in the Iraqi capital of Baghdad, were intercepted by the C-RAM air defence system.

A rocket attack hit near the US Embassy in Iraq’s capital Baghdad on Wednesday to become the second attack in the area in the past two days.

​A video allegedly showing the aftermath of the rocket attack has been shared by journalist Siddhant Anand on Twitter. However, the authenticity of this video is yet to be confirmed.

​Photos of the damage caused by the attack at the scene have also emerged online.

‘No time to be moping’ for Ireland as they welcome Jordi...

Russian Satellite Monitor-E to Fall to Earth on 22 September –...