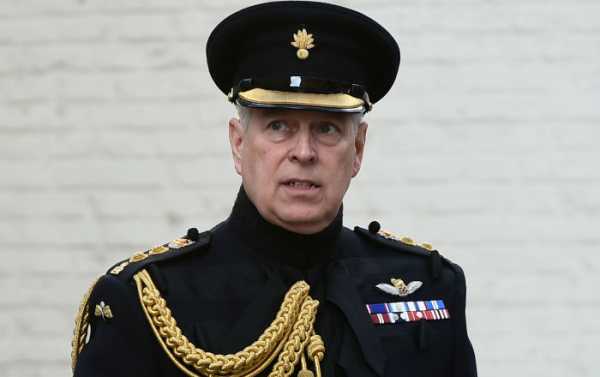 The arrest of Ghislaine Maxwell, the ‘madame’ of deceased paedophile billionaire Jeffrey Epstein, on sex trafficking and perjury charges has inevitably led to increased pressure on Prince Andrew, a close friend of the pair, to speak to the Federal Bureau of Investigation.

At a press conference in New York 2nd July, prosecutors laid out the numerous allegations levelled at Ghislaine Maxwell, and urged Prince Andrew to come forward.

In response, a source close to the royal said his lawyers are “bewildered” at official demands of assistance, “given we’ve twice communicated with the Department of Justice in the last month and to date had no response”.

Andrew has made no secret of his connection with Jeffrey Epstein and Maxwell, the latter introducing him to the former. He became a person of interest in the FBI’s probe of Epstein’s international sexual abuse and trafficking network in part due to the testimony of Virginia Giuffre, who claimed she was forced to have sex with him at Maxwell’s home in London when she was 17, around March 2001.

​While her claims have been categorically denied by Andrew, a legal action brought in 2015 by Giuffre against Maxwell, in which it was alleged Epstein and Maxwell groomed her for their sexual pleasure, was settled May 2017 in her favour. While details of the settlement have not been made public, Maxwell reportedly paid out millions to Epstein’s victim – and a photo of Andrew and Giuffre, his arm furled suggestively round her waist, proves they met in at least some capacity.

Moreover, numerous mainstream media articles dating to the early 2000s, many of which have curiously since been removed from the online archives of the outlets that published them, lend much further credence to suggestions of a sexual dimension of some kind to Andrew’s relationship with the pair.

For instance, a deleted January 2001 article in the UK Evening Standard, quotes a nameless personal friend of Maxwell and Epstein saying several highly revealing things about their bond with Andrew.

The article in question was of course published the same year Giuffre claims she was introduced to, and had sex with, Andrew, at the behest of Maxwell. She also alleges Epstein subsequently asked her to describe these encounters in detail, to elicit compromising information about Andrew’s sexual preferences.

​The latter charge is particularly notable given Epstein has been widely accused of seeking to entrap rich and powerful individuals for the purposes of blackmail, on behalf of intelligence agencies.

Andrew would certainly fit this target profile to a tee, but whatever the truth of the matter, the article’s tantalising nuggets don’t end here – for the piece also notes Epstein and Maxwell introduced Andrew to “sex aid entrepreneur” Christine Drangsholt during a trip to Mar-a-Lago, and further quotes a friend of Andrew’s ex-wife Sara Ferguson as saying the royal “used to be smart when he came back from abroad… He’s started having a girl massage him… He even travels abroad with his own massage mattress”.

It’s now been established “massage” was a euphemism employed by Epstein to refer to sex with underage girls, and massage tables played a prominent role in the sexual acts his victims were forced to perform on him and high-ranking ‘clients’. Furthermore, if the article’s reporting is accurate, Andrew was known to be receiving “massages” from at least one girl at the organisation of Epstein and Maxwell, before he met Giuffre.

The article also describes Andrew as having travelled to Phuket with Maxwell, where he “wandered around sex bars in the area’s red light district”, and Los Angeles with his friend and “self-confessed drug dealer” Brett Livingstone-Strong, where he “[flirted] at the bar of the Bel Air hotel with a group of young girls”.

In all, Andrew and Ghislaine reportedly went on at least eight different vacations together, of which Epstein accompanied them for at least five – and the royal returned the favour by inviting the pair to celebrate the Queen’s 74th birthday in 2000 as his personal guests.

The piece raises obvious questions about Maxwell’s activities during this period, for the charges levelled at her in connection with Epstein’s sexual abuse conspiracy relate to 1994–1997, some years before the events described in the article took place.

​It’s also unclear when precisely Andrew and Maxwell became such close friends. It was certainly a connection in place in February 2000, when Andrew had spent a week at Epstein’s 71st Street New York penthouse. A Sunday Times article from that year claimed the two were introduced by Andrew’s ex-wife Ferguson many years prior – Epstein would at an indeterminate point years later provide financial assistance to Ferguson at Andrew’s request, gifting her £15,000 in order to allow for “a wider restructuring of Sarah’s £5 million debts”.

The bond between the royal and the ‘madame’ was so close by April of that year, they were spotted by fellow diners at an upmarket New York restaurant holding hands, prompting the pair to issue public statements insiting their relationship was merely “platonic” – but a 2007 Evening Standard report refers to Maxwell as one of Andrew’s former girlfriends.

Lukashenko Praises ‘Kind’ Talks With Putin, Says There Are No Issues...

Lessons on the Royal We, from “Mary Queen of Scots” and...

6 of the most awkwardly timed World Cup games for home-bound...