Home World Satanic Temple Up in Arms Against ‘In God We Trust’ State Flag... 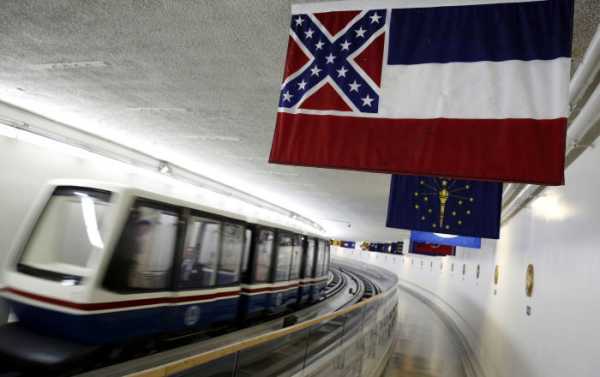 The Satanic Temple said that “atheists, Satanists, and other people of nontheistic faiths” might feel “excluded” by the addition of the phrase to the Mississippi flag.

The State of Mississippi has found itself facing the prospects of a lawsuit from the Satanic Temple after it voiced its displeasure over a certain element in the state’s new flag.

The new flag’s design is expected to include the phrase “In God We Trust”, which apparently did not sit well with the Satanic Temple who penned a letter to state Attorney General of Mississippi Lynn Fitch, arguing that “removing one divisive symbol of exclusion only to replace it with a divisive phrase of exclusion does not eliminate exclusion, but rather moves it from one group to a collection of others.”

The group also warned that “should the state of Mississippi insist on placing this exclusionary religious phrase on its flag”, they intend to “file suit and seek injunctive relief against this act.”

News of this development left many social media users visibly amused, with some musing about the apparent weirdness of the current year.

Five things you might not know about interim Arsenal boss Freddie...