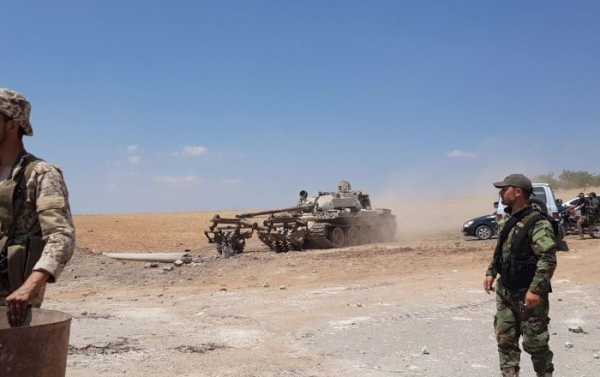 JARJANAZ, Syria (Sputnik) – The Syrian Armed Forces on Monday entered the town of Jarjanaz in the Syrian province of Idlib, a Sputnik correspondent confirmed.

Earlier in the day, Al Watan newspaper reported that the Syrian military had cleared militants from Jarjanaz.

Jarjanaz is located 10 kilometres (6.2 miles) east of Maarrat al-Numan, which is a major bulwark of terrorists in the southern Idlib. Due to its location, Jarjanaz can be used to control the strategically important Hama-Aleppo road.

Earlier, a source in the Syrian military said that the Syrian government had reclaimed control of Alteh, a flashpoint village in Idlib province.

The operation to liberate the town was held as part of the fresh military operation launched by the Syrian military on Thursday and aimed at clearing this part of province of terrorists.

Previously, the head of the Damascus delegation at the Astana-14 talks on Syria, Bashar Jaafari, said that the Syrian government was committed to liberating Idlib from terrorists and any foreign influence.

Idlib remains a major terrorist stronghold, being home to an estimated 10,000 terrorists from various groups, according to the UN Analytical Support and Sanctions Monitoring Team. In November, President Bashar Assad announced that Idlib’s liberation would not take much time, but first the authorities wanted to give civilians the opportunity to leave the area.

Bellew vs Haye 2: Which of the Rio team will be...