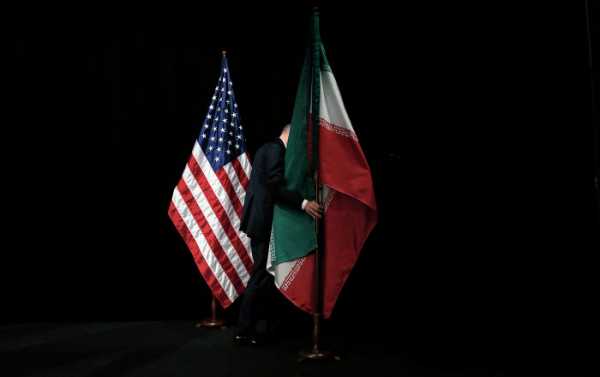 Previously, US Special Representative for Iran Brian Hook underscored that Washington’s policy of maximum economic pressure on Iran would prevent it from acquiring nuclear weapons, leaving the country with a choice of either coming to the negotiating table or facing “economic collapse”.

Iran’s Foreign Ministry spokesman Abbas Mousavi has addressed United States officials in a tweet, saying that Washington was facing a choice of either admitting defeat and beginning to show respect for the Iranian nation, or “further humiliating itself”.

​The tweet makes mention of the US maximum pressure campaign on Iran, vowing to respond to it with “maximum resistance, stiffening resolve and reliance on the national capabilities”.

The tweeted remarks were in response to Wednesday’s comments, made by US Special Representative for Iran Brian Hook, who claimed US President Donald Trump’s “maximum pressure” policy was offering Tehran the options of either negotiating with Washington or dealing with what he assessed as “economic collapse” as fallout from US sanctions.

During a conference call at a State Department special briefing on 27 May, Hook said:

Earlier on Wednesday, US Secretary of State Mike Pompeo announced that Washington was ending the last remaining sanctions waivers in the Joint Comprehensive Plan of Action (JCPOA), saying that Tehran’s alleged “nuclear brinkmanship” in breaching some of its nuclear commitments did not justify renewing the waivers.

​Referring to the move, Hook said:

On 28 May the Atomic Energy Organisation of Iran responded by saying Washington had taken the move in a bid “to distract public opinion from its continued defeats at the hands of Iran.”

The waivers were some of the final remnants of the Iran nuclear deal, officially known as the Joint Comprehensive Plan of Action (JCPOA), which US President Donald Trump scrapped unilaterally in May 2018.

In the wake of that move, Washington has launched a so-called maximum pressure campaign against Tehran, slapping sanctions on the country.

The Islamic Republic responded to the sanctions and the failure of JCPOA signatories – specifically Britain, France and Germany – to protect the deal by gradually suspending its own commitments to the nuclear accord, while repeatedly announcing readiness to resume fulfilling its commitments if sanctions are removed.

US Envoy to UN Won’t Rule Out War With DPRK Ahead...

Marouane Fellaini: How big a blow would it be for Man...