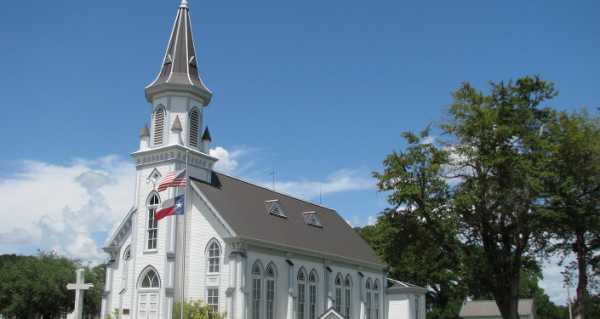 Police are investigating the destruction of a 90-year old statue of Jesus that was decapitated and smashed up by a vandal in Texas.

A historic statue of Jesus on a church altar in Texas was found to have been vandalised on Tuesday morning.

The Diocese of El Paso shared photos taken of the Sacred Heart of Jesus – a 90-year-old statue – that had been toppled from its place above the altar, resulting in its destruction.

​”We are saddened to announce the vandalism at St. Patrick Cathedral earlier today”, the Texas diocese said in a post.

The Diocese said the incident took place in St. Patrick’s Cathedral around 10 am, while the church was open for prayer.

Pictures showed that the Jesus statue was decapitated on the church altar while the left hand and arm were also broken off, and lay on the marble floor.

The base of the figure has also disconnected while pieces of the effigy lay all over.

Bishop Mark Seitz said in a statement that while he was saddened to see the statue attacked and destroyed, he was “grateful that it was not a living person”.

Seitz said there was little knowledge about the vandal of the church but said they must be “greatly disturbed” to have beheaded a statue of Jesus.

According to the diocese, one suspect has been detained by police following the incident and they are continuing their investigation.

‘There’s no great love for the League of Ireland’ – Niall...

Joost Luiten holds off Chris Wood to triumph in Oman

At Least 2 Killed, 2 Injured in Church Shooting in Florida’s...