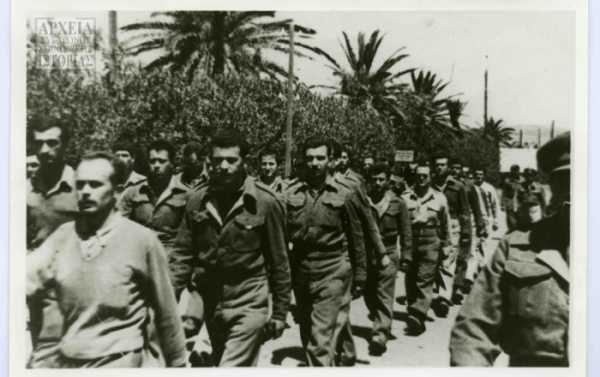 Makronissos, an island off the coast of Cape Sounion near Athens, has remained a somber chapter in Greek history, namely its role as a penal colony following the Nazi-backed Hellenic State from 1941 to 1945, up to the collapse of the ‘Regime of the Colonels’ period from 1967 to 1974.

The Greek Civil War began in 1946 between the Democratic Army of Greece (DSE), the military wing of the Communist Party of Greece (KKE), backed by Yugoslavia, Bulgaria and Albania, and Hellenic Army, backed by the United States and Great Britain under then-President Harry Truman.

The Civil War period began after the end of the Nazi occupation period from 1941 to 1944 in World War II, where the US-backed Greek state was funded by the Marshall Plan, with the state joining NATO in 1952.

The DSE was defeated due to a lack of support from the Soviet Union, creating a major split between then USSR general secretary Joseph Stalin and former Yugoslav president Josip Broz Tito, where the former had agreed not to back Communists in Western Europe under the Percentages Agreement 1944, which divided Eastern European countries under Soviet influence and led to the Warsaw Pact in 1955 as a reaction to NATO.

During the fighting, with both sides enduring a bitter struggle, ordinary Greeks were subject to a campaign of torture, indoctrination and hard labour on Makronissos island, a black site political prisoners, regardless of political affiliation, due to the Hellenic government’s crackdown on left-wing movements across the country.

Makronissos: The Blueprint for Political Oppressions

Kostis Karpozilos, historian and director of the Contemporary Social History Archives (ASKI), discussed the legacy of Makronissos as an instrument of state oppression, as well as his organisation’s role in preserving the memory of one of the nation’s darkest secrets.

ASKI, a non-profit organisation founded in 1992, conducts research on the history of the Greek Left as well as political repressions in Greece, with the Makronissos Digital Museum as one of its public projects to educate the public in English and Greek, using archives from the 1950s and 1960s.

The Greek state had used Makronissos to “detain political exiles since the 1900s” as well as for “isolating dangerous citizens” to prevent them from “contaminating Greek society”, Dr Karpozilos explained.

Greece’s ‘quarantine’ policy intensified after World War II following the Nazi occupation of the country from 1941 to 1944, he explained, adding that contrary to Western Europe, where many partisans were included in the “national narrative, Greek partisans were persecuted, leading to a “marginalisation and criminalisation” of left-wing movements.

He added: “Makronissos was used firstly as a prison to isolate young men who would normally serve under mass military conscription. But the Greek state created a system of identification and classification of its citizens, with their files containing information on their experiences with resistance movement from the 1940s. 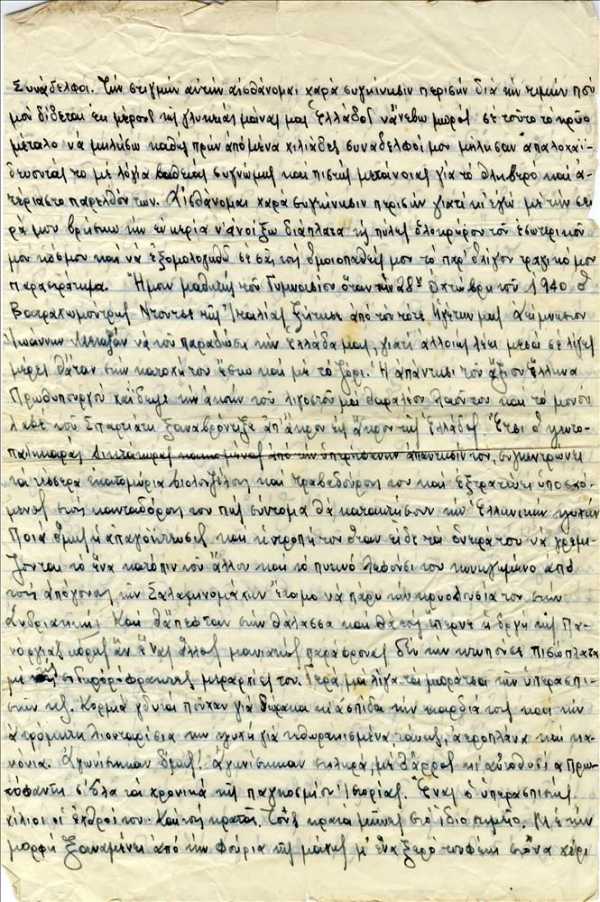 Speech made by “rehabilitated” soldier at Β’ ΕΤΟ

Makronissos As A Wartime ‘Black Site’ and Re-Education Camp

Dr Karpozilos discussed how Makronissos became a “re-education camp for military conscripts” during the Civil War as “who had either direct or indirect involvement with those involved in the communist resistance movement”.

He said: “They were beaten, forced to live in tents and exposed to the heat and cold for months, and individuals were harassed, with some being submerged in the sea, and detainees were coerced into ‘rehabilitations’ where, if they accepted signing ‘declarations of repentance’  denouncing Communism, then their lives would change.

Greek state authorities would force detainees to wear uniforms and isolate them “away from contact with relatives”, he said. Prisoners were also subject to a “campaign of indoctrination” from Greek clergy and officials to create an atmosphere of ‘redemption’ and ‘conversion’ into “a model Greek citizen”. 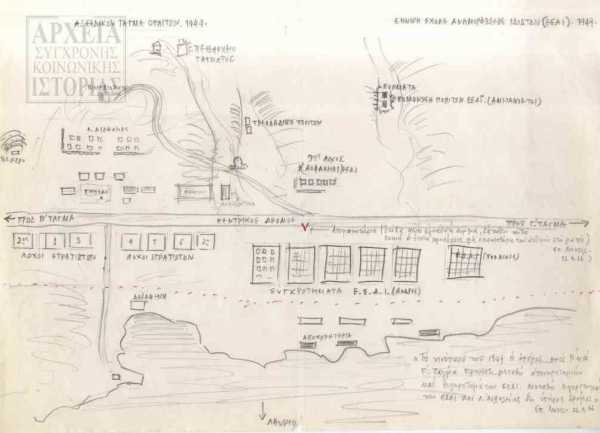 He added: “Makronissos did not target small groups of dissenters, but built a mass experience from thousands of victims.

Dr Karpozilos explained how persecutions continued up to the 1980s, with many citizens who had signed confessions being closely marked by Greek authorities, forcing families to keep silent for decades.

Dr Karpozilos explained how efforts were launched in 1980 to designate Makronissos as a ‘torture site’, protecting sensitive evidence at camp sites from rapid developments in tourism and constructions.

“Most political parties agreed because Makronissos was such a traumatic experience for thousands,” Dr Karpozilos said.

The museum began receiving photos and stories from “thousands of Greek families” affected by the tragedy, many who had kept their accounts secret due to previous fears of government reprisal.

A spokesperson from the Exile Museum in Athens explained how Greek National Resistance fighters were deported to Makronissos Island.

An “organised system of daily extermination” took place on the island, which reached its peak during the Greek Civil War from 1946 to 1949, where the island was converted into a concentration camp under the Greek Hellenic Army acting on behalf of its Ministry of Military in February 1947 and backed by the United States, United Kingdom and others, the spokesperson said.

100 permanent officers and 600 cadres were sent to Makronissos in May 1947, organised under three ‘special armed forces’, with communists and other political prisoners catagorised on their “degree of danger” by Greek authorities on the island. 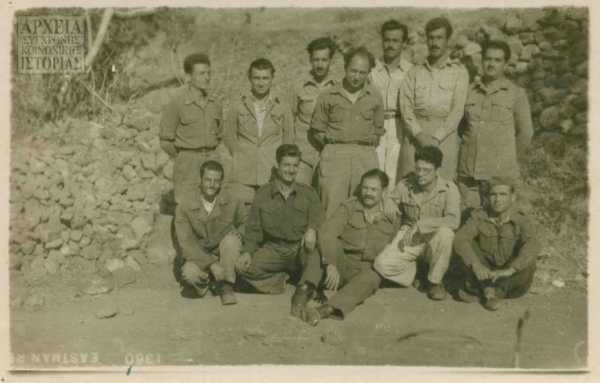 A group from B ETO in isolation

Numerous PMUs, such as the Scapegoats from Dutnullar, Scapanese from Crete, Athens Military Prisoners’ Battalion from Vouliagmeni, as well as the ‘C’ centre batallions from Santorini and others joining the DSE, were sent to the south of Makrinossos from June to July 1947 as “convicted communist soldiers”, the spokesperson said.

Athens Military Prisons (SFAs) were launched on the penal island for political detainees awaiting trial in ‘extraordinary military courts’ under the “Trianemi” in March 1948.

The Hellenic government launched an additional camp north of St George Island in late 1948 for exiles imported from Ikaria, Lemnos and Ai Strati, exceeding 12,000 detainees, including young prisoners from Gyaros, the spokesperson said.

Torture, using barbed-wired wood, bamboo, freezing temperatures and exposure to the elements, as well as burning prisoners with hot irons and cigarettes, combined with hours of holding postures whilst standing or remaining still, often employing methods used by the German Nazis, the Exile Museum said.

At the same time, psychological methods of torture were also applied, such as exhausting work, stone carving and public humiliation, both against male and female prisoners, the spokesperson added.

The spokesperson said: “The goal was the ‘moral re-education’ of communists and militants through signing statements denouncing the KKE and its ideology, crushing their morale and neutralising the popular movement, starting with depriving the DSE of assets and turning prisoners against the uprising.

A man from Thessaloniki explained how his grandfather’s brother-in-law was detained at Makronissos from 1946 to the end of the civil war.

“He was a member of the communist group during the German occupation of Greece and arrested on suspicions of conducting activities against the State,” he said.

His family member and other prisoners had also been placed in large coffins with feral cats and submerged in the sea. “The animals would go mad from the water and maim their bodies,” he said.

When asked about why it was important to preserve knowledge of the atrocities on Makronissos, he said that it was “a vital part of our modern history”.

He added: “It does not divide Greeks during proper discourse or overt ideological differences. With respect to historical truth, it serves as a monument to democracy and the struggle of the Greek people who suffered during those dark years in our modern history.

F-16 Downing: Israel’s Use of Force in Syria Has Proven Ineffective...

Common Core Is a Menace to Pluralism and Democracy