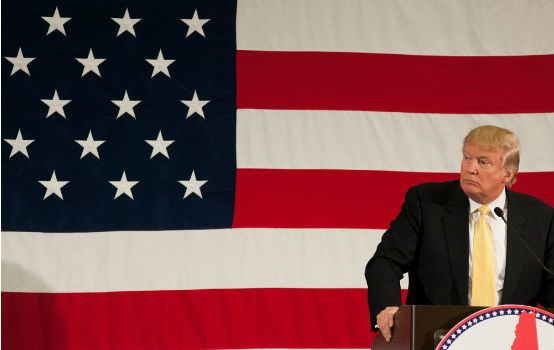 I get really aggravated when people say things like “Donald Trump is an idiot” or “he has no idea what he is doing” or lately “can you believe what President Trump said today on Twitter? That was so unpresidential!”

Really? Have you not turned on a TV or logged onto social media for three years?

What would have been a political firestorm pre-2015 is now just another day in a presidency that will completely reshape its office forever. The only question is whether that will prove a good thing or a bad thing.

If you haven’t figured it out, Trump never has, and never will, operate by the classic Washington rules of decorum, respect for tradition—respect for anything, really—or presidential convention. If you can accept all of that—I’m not saying make peace with it, just accept it—you will go a long way towards understanding the Trump Doctrine itself.

In fact, if I had to summarize the Trump Doctrine, it would be this: America’s interests come first, everything else second. That does mean everything: history, tradition, alliances, the “normal way of doing things,” customs—all of that can and will be thrown out the window if Trump feels that his country is being hurt. He sees the world in black and white, black meaning bad for America and white meaning good for America. Period.

Don’t bother trying to apply your fancy political science training to Trump; it will only take years off your life. He likely can’t tell you the difference between the Treaty of Versailles and the Treaty of Westphalia. He has no interest in such details nor does he have the time.

And don’t bother asking about the finer points of global politics, such as the role that morality plays, the efficacy of nation building, and the foreign policy doctrines of the past—he doesn’t have a clue or give a damn anyway. I bet if you asked him what a foreign policy realist is he would look at you cross-eyed—even though so many people claim that he is one.

From here—and this will enrage anyone who studies international politics—it gets even more interesting. Trump considers everyone—and I do mean everyone—a competitor. The European Union, a long-standing American ally, in his mind, is nothing more than a big, bad economic colossus that could take jobs away from Americans or shave points off of overall U.S. GDP growth. Japan, one of America’s strongest allies? Yep, they are an economic competitor as well. The president might love to play golf with Japanese Prime Minister Shinzo Abe, but when it comes down to business, he’ll call out Tokyo all day, every day—right to the PM’s face when they stand side by side during a joint press conference.

What about America’s traditional great-power adversaries like Russia and China? Here and again, anyone who studies international politics for a living is likely ripping their hair out, as Trump does not conform to anything that they understand. On the one hand, he loves to flatter and compliment China’s President Xi Jinping and Russian President Vladimir Putin—that angers the Beltway foreign policy intelligentsia to no end, myself included. But, and of a more important note, Trump also plays hard-nosed geopolitics as good as anyone, arming Ukraine, sending ships into the South China Sea, hitting Moscow with more sanctions and working more closely with Taiwan. When you add in a growing military budget, Trump might sound weak to his critics and at the podium during superpower summits, but his policies are, in fact, right out of the standard GOP foreign policy playbook.

I had a hard time myself understanding Trump’s simple but guiding core principle. I was a member of Senator’s Ted Cruz’s foreign policy team during the 2016 campaign, so obviously I was not exactly a tried and true believer. And while I support many of the president’s core national security ideas, I won’t defend some of his wilder notions or odd behavior. However, when you make your way outside the Beltway, you get a sense of what people like about Trump. Most Americans have no idea what is supposed to be conventional foreign policy strategy and what goes beyond the pale. The president’s supporters like the idea that Trump is doing things his way, breaking rules they had no idea existed in the first place, working to further their interests—nothing more, nothing less.

Maybe the best way to explain the Trump Doctrine is through an observer with no political or international relations training who has never set a foot in Washington. “I don’t give a damn about what happened before or in the past. I want my president to stand up for America—nothing else matters,” explained a fellow traveler I met in St. Louis last year as I was making my way back to the swamp. “All I care about is that someone is watching out for my job, that no one tries to take it away like from sweatshop in China, that no one tries to attack our homeland, and that anyone who tries to make our economy weaker is called to task. Whatever it takes. The rest is just talk.”

It seems, kind sir, you have found your president. And the world is just going to have to get used to it.

Harry J. Kazianis (@grecianformula) is director of defense studies at the Center for the National Interest and executive editor of its publishing arm The National Interest. Previously, he led the foreign policy communications efforts of the Heritage Foundation, and served as editor-in-chief of The Diplomat and as a fellow at CSIS:PACNET. The views expressed are his own. 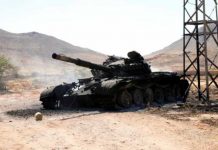 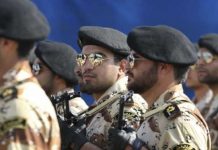 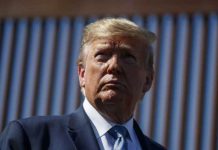 Carter Page, the star of the Nunes memo, explained

Will Shrewsbury bounce back? Paul Hurst on their Championship push