Home World Theresa May Rips Into Government Over National Security Advisor Pick With ‘No... 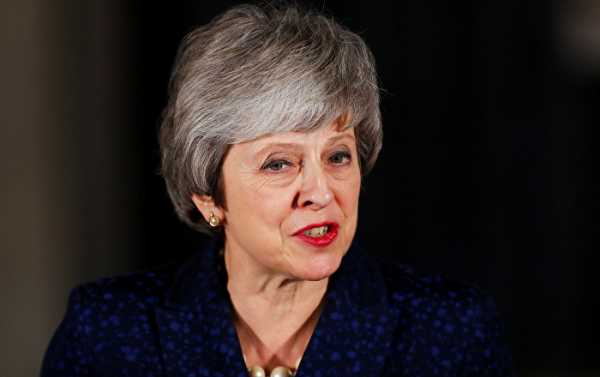 Sir Mark Sedwill will stand down in September as the UK’s National Security Advisor and head of the civil service, he said in a letter to Prime Minister Boris Johnson. His role will be taken by the PMs current Brexit negotiator – David Frost.

Speaking in the House of Commons, Ms May, said that David Frost did not have the experience or independence to succeed Sir Mark Sedwill.

She angrily explained to MPs that during her nine years as a member of the National Security Council first as Home Secretary and later as PM that she “listened to the expert independent advice from national security advisers”.

May, who appointed Sir Mark Sedwill to the role as well as cabinet secretary, asked why his successor is “a political appointee with no proven expertise in national security”.

​Cabinet Office minister Michael Gove said that Mr Frost was qualified for the position, describing him as an “exemplary public servant” and would be accountable to Number 10.

Downing Street defended the decision to appoint Frost on Monday which has been the subject of controversy.

“It is not unusual in other countries for ambassadors to serve as national security advisers and ambassadors can be political appointees. David Frost has the status of an ambassador”.

Sedwill is stepping down amid reports of disagreements with Mr Johnson’s chief adviser, Dominic Cummings.

Mr Cummings is said to have been unhappy with the Cabinet Office’s response to the ongoing coronavirus outbreak, telling aides that “hard rain is coming” for the Civil Service.

David Frost formerly worked as a Diplomat before leaving the Foreign Office in 2013 to work as the CEO in multiple companies in the private sector.

He later assumed the role of Boris Johnson’s Brexit negotiation in 2019.

FA declines to comment on lack of VAR use in all...