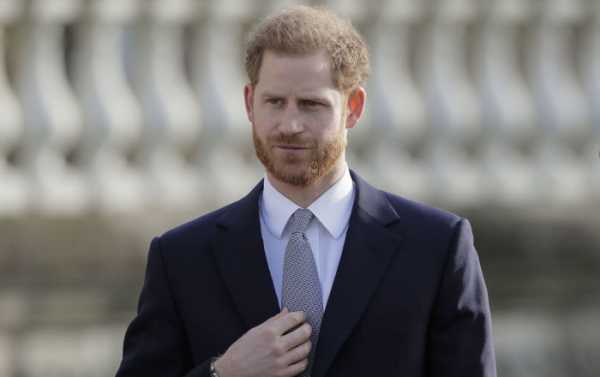 The Duke and Duchess of Sussex, who stepped down from their roles as senior royals in March, have been the focus of attention in the media, with the documentary Prince Harry: The Troubled Prince offering an insight into the life of the younger brother of the future king of England and his struggle to find his place.

“Royal rebel” Prince Harry reportedly displayed his wild side early on, partying heavily and experimenting with drinking and drugs instead of cramming for his A-level exams, according to the Channel 5 documentary “Prince Harry: The Troubled Prince”.

As the younger brother of the heir to the throne of England, Prince Harry is portrayed as having struggled to find his place in the royal family while navigating the “royal rifts” that reportedly existed in the palace, writes the Mirror with reference to the documentary.

Rebelling against the role thrust upon him, the young prince was involved in pub lock-ins and seen smoking cannabis, according to the documentary.

According to royal experts cited in the documentary, as a royal Prince Harry had to deal with unique challenges, different from those his older brother William faced.

Royal biographers claim that the Prince must have felt like an outsider, with no younger sibling to relate to inside the inner circle of the royal family.

In this picture released by Ministry of Defence in London, Tuesday April 11, 2006, Britain’s Prince Harry, right, takes part in his final training exercise, in Cyprus, in March 2006

According to Daisy McAndrew, the “lonely, privileged unhappy Prince” sought to fill his hours with wild parties and using cannabis to escape the pressures of his position, handing out with people he believed liked him for who he truly was.

Fed up with his son’s wild ways, Prince Charles reportedly forced his son at the age of 16 to visit a drug rehabilitation clinic to show him how addictions started with what seemed like innocent partying with booze and marijuana.

Prince Harry was taken to Featherstone Lodge, Peckham, a residential centre for drug users, to listen to stories shared by recovering drug addicts.

Nevertheless, the Prince continued his rebellious ways, and by 18 was often photographed leaving nightclubs in the early hours surrounded by a bevy of girls.

Prince Harry’s inner turmoil, the relationship with his brother Prince William, claim royal experts and insiders, is what led him to his present path.

It was also further complicated by Prince Harry’s engagement and later marriage to Meghan Markle, as the older sibling had apparently expressed doubts to Harry as to whether he was “too quick getting engaged to Meghan”.

Nevertheless, according to the expert, “people love a royal rebel at the end of the day.”

Prince Harry married American actress Meghan Markle in 2018 and she gave birth to their son, Archie, in May last year.

Britain’s Prince Harry and his fiancee Meghan Markle pose for photographers during a photocall in the grounds of Kensington Palace in London, Monday Nov. 27, 2017

In January 2020 the Duke and Duchess of Sussex shocked the world by declaring they intend to “step back” from the Royal Family and want to divide their time between UK and North America.
.

Neil Back calls on authorities to sort out warped disciplinary system