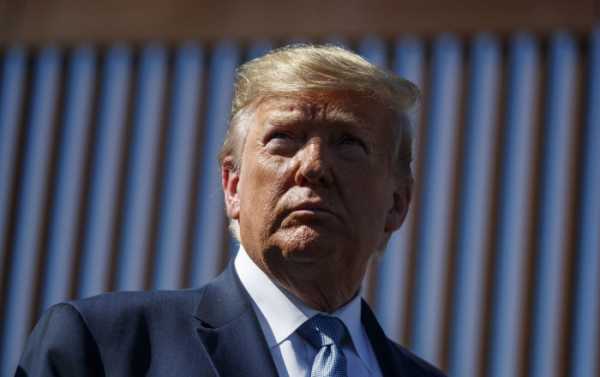 US President Donald Trump on Monday retweeted a fake image of Democratic Speaker of the House of Representatives Nancy Pelosi and Senate Minority Leader Chuck Schumer photoshopped wearing Islamic attire and standing in front of the flag of Iran.

A White House spokesperson on Monday tried to explain Trump’s retweet of a faked image with the Democratic leaders wearing Muslim garb, posed in front of an Iranian flag.

​Jasmine El-Gamal, another Obama administration veteran, slammed the fake image in a series of tweets calling it “deeply damaging” to US Muslims and portraying sympathy to the inhabitants of a Muslim country as an insult.

The Council on American-Islamic Relations (CAIR) said in a statement that the tweet endangered Muslim Americans and was “childish, undignified and offensive.”

Trump’s highly-polarizing tweet follows a rise in tensions between the US and Iran after his administration authorized the assassination of top Iranian General Qasem Soleimani on 3 January.

Leading Democrats, including Senate Minority Leader Schumer and Speaker of the House Pelosi strongly criticised the killing as an escalation of conflict towards war, while many observed that the president was merely seeking to distract attention from his ongoing impeachment.

Those who support Trump accuse critics of the Soleimani assassination of siding with Iran.

Sergio Garcia vows to move on from Masters nightmare