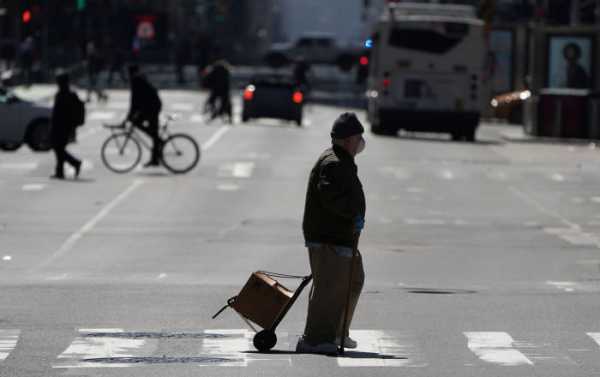 “New York State receives $5 billion from the stimulus. And it’s earmarked only for COVID virus expenses, which means it does absolutely nothing for us in terms of lost revenue to the state,” Cuomo said. “The Congressional action, in my opinion, simply failed to address the governmental need”.

New York will lose $10-15 billion in revenue due to the pandemic, which is “a ton of money” for the state’s budget, according to the governor.

On late Wednesday, the US Senate voted to pass an unprecedented $2-trillion economic stimulus bill hotly-debated between the GOP and the Democrats. The bill was passed in the Senate with a final vote of 96-0 with four Senators absent.

On Thursday, New York State reported 385 deaths related to COVID-19, while 37,258 people have tested positive for the virus.

The US has now surpassed most other affected countries, to become the third-largest coronavirus hotbed outside of China and Italy, with some 63,570 infections and at least 884 deaths, according to World Health Organization (WHO) data.

Fake Polls? Why Biden’s ‘Nationwide Lead’ Over Trump Says Nothing About the Election Outcome

Restaurants in Berlin Start to Reopen as COVID-19 Lockdown Comes to...