Home World US Administration Like a ‘Terrorist Group’, Syria Says Over Trump’s Comments on... 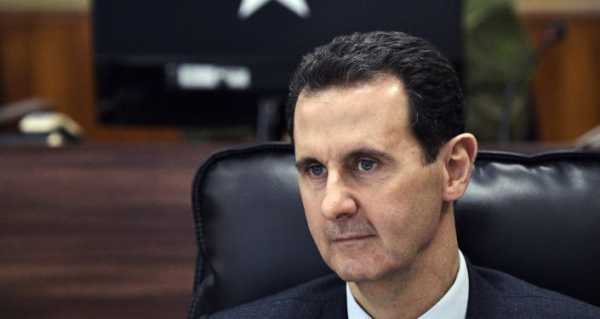 United States President Donald Trump told the US media on Tuesday that he once had an opportunity to “take out” his Syrian counterpart Bashar al-Assad but then Defence Secretary James Mattis opposed the move. His comments were not greeted in the Syrian capital Damascus.

Syria’s foreign ministry has said the US administration is like a “terrorist group” and “rogue state” in response to Donald Trump’s remarks that he “had a shot” to eliminate President Bashar al-Assad but had not done so, according to the ministry’s statement distributed by state news agency SANA.

“It pursues the same methods of terrorist groups with murder and assassination without taking into account any legal, humanitarian or ethical rules or regulations in order to achieve its interests in the region,” it added.

The statement comes after Donald Trump revealed to Fox News on Tuesday that he did not consider Bashar al-Assad “a good person” and once “had a shot to take him out” but his Defense Secretary at the time, James Mattis, did not get on board with the idea. Trump added that he did not regret not using this opportunity in the end.

The US President’s remark actually contradicts his 2018 statement that Assad’s assassination had “never been contemplated”. The claim was raised in a book written by American reporter Bob Woodward, which in 2018 was dismissed by Trump as “total fiction”.

The US previously accused Syrian government of carrying out chemical attacks against its own population back in April 2017 in the town Khan Shaykhun and the city Douma a year later – allegations which were denied by Damascus. In April 2017, the Trump administration carried out missile airstrikes against the country’s Shayrat airbase in response to an alleged incident, an act the Russian Foreign Ministry described as a violation of international law.

Julian Assange is on the ‘High-Functioning’ End of the Autism Spectrum, Expert Tells Old Bailey

Apple adds more ‘Texture’ to its services with magazine deal

Rain not spoiling the party as the Open returns to Portrush

You’ve Goat to be Kidding! US Muslims Buying More and More...

Moscow Expands Bans on EU From Entering Russia in Response to...