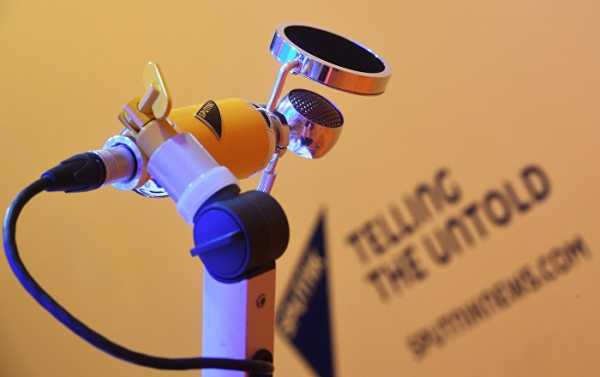 A group of House Democrats is slamming the US Federal Communications Commission (FCC) for not taking action and removing Radio Sputnik from the airwaves. While the representatives argue that they are upholding their constitutional duty, one expert and attorney argues that the US Constitution exists to protect outlets such as Sputnik.

Dan Kovalik, a human rights and labor lawyer who is author of the book “No More War: How the West Violates International Law by Using ‘Humanitarian’ Intervention to Advance Economic and Strategic Interests,” joined Radio Sputnik’s Loud and Clear on Friday to discuss the congressional letter to the FCC and highlight the blatant hypocrisy expressed by both lawmakers and the US government when it comes to media that does not parrot mainstream positions.

“The whole idea … that the US promotes is that in a society with a free flow of ideas, you should be able to say anything you want – regardless of who you are, by the way – and if you’re wrong, then I should be able to prove you’re wrong with my counter-ideas,” Kovalik told hosts Brian Becker and John Kiriakou. “There shouldn’t be any speech that is seen as somehow threatening to the democratic system. If it is threatening, then maybe there’s a problem with the system.”

Not to mention that the US Agency for Global Media, an international public broadcaster funded by the US government and formerly known as the Broadcasting Board of Governors, maintains a presence on airwaves around the world through a variety of franchises, including Voice of America, Radio Free Europe/Radio Liberty, Radio Free Asia, Radio y Television Marti and Radio Farda.

He took it a step further and argued that Hollywood films, which are oftentimes influenced and sometimes censored by the CIA, Department of Defense or other federal bodies, promote particular ideas about what the US is or claims to be.

“Those are probably more powerful than any propaganda tool in the world, and those things are broadcast, again, everywhere in the world,” he noted.

“You don’t need a First Amendment to protect most of the mainstream media, which does nothing but parrot the government line. They don’t need any protection … because governments are happy to have pro-government media,” Kovalik explained. “What you need is a First Amendment to protect things like Sputnik, which give another viewpoint – and that’s what it is. It’s not propaganda, but a different viewpoint of the world, which is actually very critically needed.”

One particular grievance of the letter references the disclosure of Radio Sputnik’s “true identity” to listeners. The congressmen declare that it is “shameful” the FCC has not concluded its inquiry into the matter with regard to Sputnik.

“People talk about freedom all the time; they talk about free speech all the time. But then when someone exercises their free speech to say something that’s critical, that goes against the mainstream, then people cry out for that person to be repressed in some way,” Kovalik said. “Everyone advocates for freedom until someone actually exercises freedom.”

Cheltenham Festival Day One tips: Footpad can be foot-perfect in Arkle

Joshua vs Parker: Who threatened Anthony Joshua with these memorable phrases?