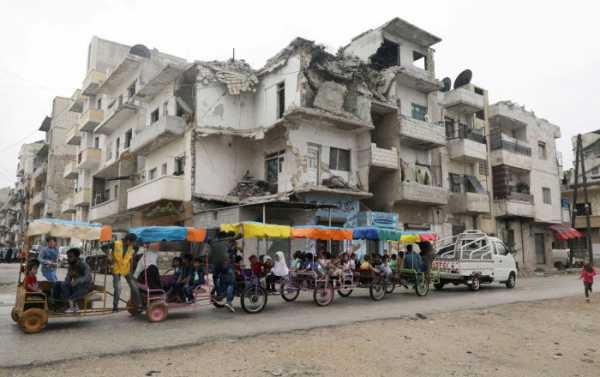 WASHINGTON (Sputnik) – The US-led coalition in Syria continues to maintain deconfliction communications with Russia which has announced its decision to abandon the United Nations deconfliction mechanism in the country’s northwest, a CENTCOM spokesperson said.

“There has been no change in the de-confliction process in Syria. The Coalition maintains direct communication with the Russian military to facilitate air and ground de-confliction,” the officer said. “The United States continues to urge Russia and all other parties to adhere to mutual de-confliction processes and not to take any provocative action.”

Humanitarian agencies provide information to the UN Office for the Coordination of Humanitarian Affairs (OCHA) through the deconfliction mechanism about the locations of civilian and humanitarian objects in Syria. The UN shared the coordinates with the US-led coalition forces, Russia and Turkey, to protect civilian facilities from possible attacks.

From now on, Nebenzia suggested, OCHA should address the issue of deconflicting sites with the Syrian government, which is not a part of the existing system.

Merkel’s View of Nord Stream 2 Unchanged Amid US Push for Coalition Against Project, Berlin Says