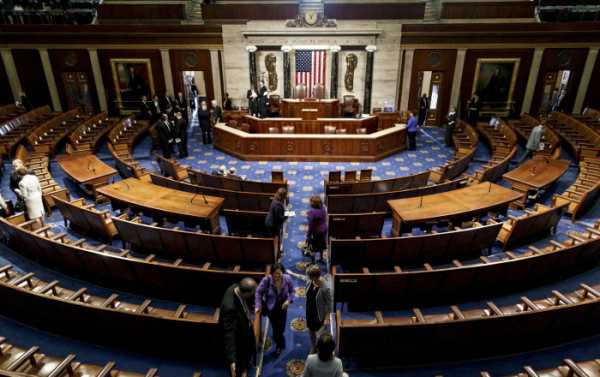 WASHINGTON (Sputnik) – The United States should consider imposing additional sanctions against Russian in light of the allegations that it offered bounties to Taliban-linked militants to assassinate US soldiers, House of Representatives Intelligence Committee Chairman Adam Schiff said on Tuesday.

“As we look at these allegations, the President of the United States should not be inviting Russia into the G7 or G8,” Schiff said. “We should be considering what sanctions are appropriate to further deter Russia’s malign activities.”

Schiff said he appreciated the White House decision to brief lawmakers on the matter, but noted that the “right people” were not in the room, referring to top CIA or NSA officials not being present at the briefing.

Meanwhile, three Democrats in the US Senate in a letter have requested US Secretary of State Mike Pompeo and Secretary of Defense Mark Esper to testify on the same allegations.

On Friday, the New York Times ran an article citing unnamed intelligence officials as saying that Trump had been presented with an intelligence report claiming Russia could have paid bounties to Taliban-linked militants to assassinate US and coalition troops in Afghanistan.

Trump has said that neither he not Vice President Mike Pence received a briefing on the issue because the US intelligence community said the allegations were not verified or substantiated. Trump called the story another attempt at a Russia hoax to make Republicans look bad in an election year.

White House Press Secretary Kayleigh McEnany said on Monday that the US intelligence community has not reached a consensus of the credibility of the allegations.

Russian officials have denied all allegations as false and characterized them as being part of the internal political infighting in the United States.

Kremlin spokesperson Dmitry Peskov said on Tuesday that the Russian and US governments have not been in contact regarding the US corporate media allegations.

US Imposed Sanctions on Cuban Minister of Armed Forces – Pompeo

The House just passed what could be the biggest change to...

India in Trade Surplus With America as US Industry in Decline...

‘Kiss of Death’: Many in Berlin Want Merkel Out as Chancellor...