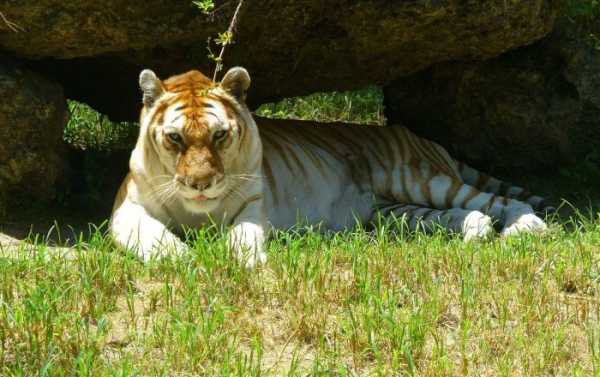 New Delhi (Sputnik): At least 44 people have died and nearly one million affected by the ongoing flood in the northeastern Indian state of Assam. The situation deteriorated after four days of heavy rainfall and a severe flood warning has been issued after the Brahmaputra River crossed the danger level.

The world famous Kaziranga National Park in Assam is facing nature’s fury, with 90 percent of its lush flora and fauna ravaged by floodwaters.

According to Kaziranga’s authorities, floodwaters submerged over 90 percent of the sanctuary and affected 166 of the 223 anti-poaching camps.

On Sunday, a picture of rare golden tiger went viral on social media. Indian forest officer Parveen Kaswan claimed it to be the only golden tiger to be documented on the planet in the 21st century.

The tiger was spotted sitting on a hillock, giving a piercing gaze to photographer Mayuresh Hendre who captured the once-in-a-lifetime shot.

The official account of Kaziranga National Park shared more such videos and pictures of destitute wild animals trying to escape Mother Nature’s wrath and taking shelter in highlands and sheds.

A tiger was spotted taking shelter in a submerged goat shed in the village of Kandolimari to escape the flood. The authorities stated that a committee has been constituted to monitor the situation on a regular basis and utmost care is being taken to ensure the safety of both people and tigers.

A huge number of wild animals are migrating and crossing roads due to the flood. A herd of elephants and rhinos were even captured crossing the highway.

The waters from the swollen Bhramputra River entered the sanctuary yesterday, bringing the second wave of floods in the area.