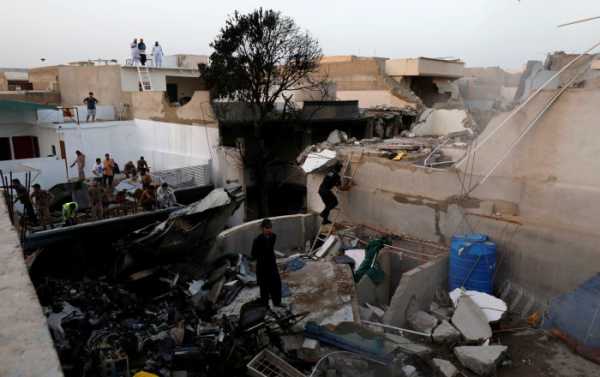 At least two people aboard the plane survived the crash, while the authorities have recovered some 57 bodies of those who perished.

On 22 May, an Airbus A320 passenger aircraft belonging to Pakistan International Airlines (PIA) crashed in the vicinity of the city of Karachi with over a hundred people on board.

Here’s what is presently known about this tragedy.

The last exchange between the airliner’s pilot and traffic control, cited by AFP, appears to indicate that he had failed to land and was circling to make another attempt prior to the crash.

The plane crashed in the Model Colony neighborhood of Karachi, which is located about two miles away from the Jinnah International Airport where the airliner was scheduled to land.

At least 57 bodies were recovered from the crash site, according to PIA chairman Arshad Malik who said that finding all the dead could take up to three days.

At least two people aboard survived the crash, according to the Sindh provincial health department, with one of the survivors being identified as Zafar Masood, the head of the Bank of Punjab.

At least three people on the ground were also injured in the crash.