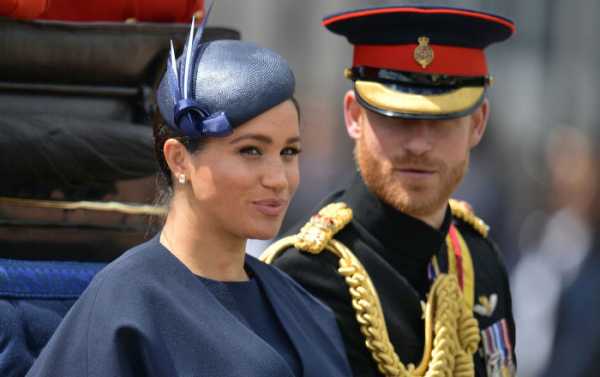 The couple’s bombshell statement on 8 January about their wish to step down from senior roles in the Royal Family shocked and polarised Britain. Particular focus was on the statement that the Duke and the Duchess of Sussex want to “work to become financially independent”.

Queen Elizabeth has allegedly prohibited Prince Harry and his wife Meghan Markle from using Sussex Royal as a label, the Daily Mail reported. The newspaper said after lengthy talks with senior officials it was agreed that the word royal can’t be used by the couple following their departure from senior roles in the Royal Family. It is believed that the Queen said she doesn’t accept working members of the family profiting from their royal position.

Prince Harry and Meghan Markle’s foundation applied for a trademark in June of 2019. Among other things it covered clothing and stationery.

The source added that the couple’s plan being “half in, half out” outlined in their statement in January was never going to work. Back then the Duke and the Duchess said they had resigned and would work to become financially independent, noting that they would continue to “honour our duty to The Queen, the Commonwealth”, while splitting their time between the United Kingdom and North America.

It is believed that the couple is now reregistering and rebranding their website, which they launched last month after making their bombshell announcement about resignation and their non-profit organisation, which is scheduled to be launched later this year.

Prince Harry and Meghan Markle recently appeared at a conference organised by banking giant JP Morgan. According to the Daily Mail, their appearance and Prince Harry’s speech at the event earned them between $500,000 to $1 million.

The veto drama over the omnibus revealed Republicans’ risky strategy with...