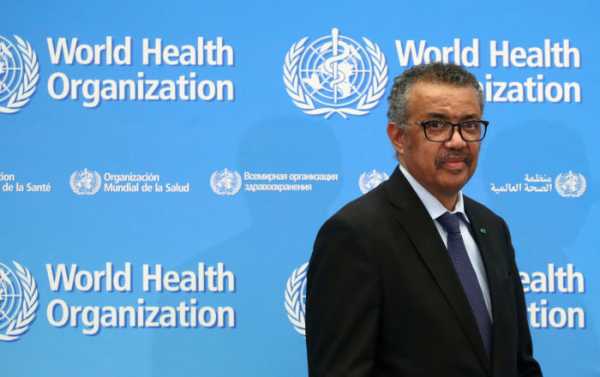 The US has the highest number of coronavirus cases in the world. According to John Hopkins University, over 419, 000 people have contracted the disease in the United States.

The head of WHO noted that the United States and China should come together and “fight this dangerous enemy”.

His statement comes a day after Trump attacked WHO during a press briefing. The President said his administration may freeze funding for the organization and said WHO “missed the call’ in the early detection of the virus. During a press briefing and in tweets, Trump accused WHO of being biased toward China.

​WHO is funded by private sources and governments, with the United States the largest contributor. Last year, Washington provided $58 million to the organization.

Asked by reporters during the press briefing on Tuesday whether Trump would freeze the funding during the pandemic, the president replied: “I’m not saying I’m going to do it, but we’ll have a look.”

Following the press conference, US Senator Lindsey Graham, the chairman of the Senate Appropriations subcommittee overseeing foreign operations , said he would not support US funding to WHO due to its current leadership.

The Spiritual Nearness of Wim Wenders’s “Pope Francis: A Man of...