Home World Why Trump Cracks Down on Iran, Turns a Blind Eye to Israel’s... 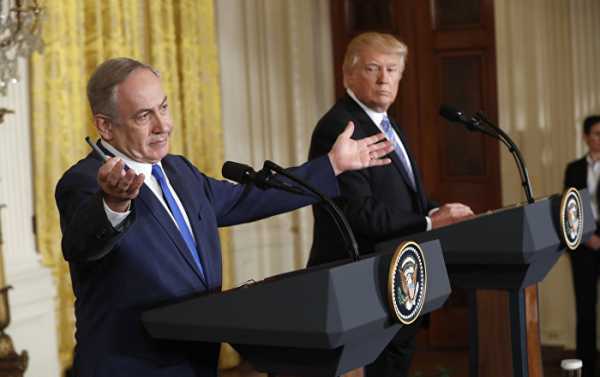 The Iran nuclear deal continues to be a bone of contention between Tehran and Washington. However, the Trump administration does not express concerns about supposed nuclear stockpiles owned by Israel, its close ally. Israeli political analyst Avigdor Eskin shared his views on the Israeli nuclear issue with Sputnik.

While Washington and Tel Aviv are pointing the finger of blame at Tehran, accusing the latter of what they call expansion in the Middle East and alleged plans to create atomic weapons, the issue of Israel’s own nuclear bombs remains largely neglected.

Although Israel’s supposed nuclear program is an open secret for the international community, Tel Aviv still refuses to recognize that it possesses the weapons of mass destruction.

“According to some foreign sources, Israel has nuclear capacities and some of the experts place Israel as the third nuclear power in the world,” Israeli political analyst and publicist Avigdor Eskin told Sputnik. “The same sources insist that Israel has possessed atomic bombs since the late 1960s. I cannot make any comments in the name of our government, but in my own opinion, it would be wise for the nation which faced the Holocaust not long ago, not to rely on any international organizations but to protect its citizens with all the best means possible.”

According to Eskin, being located in a region “where millions of people were killed (and are still getting killed) in the most barbaric wars” Israel’s population needs protection. “Our neighbors and even Washington and Moscow should be aware of what Israel’s response can be to any existential threat… Having said that, we must emphasize, that Israel has never threatened anybody and behaves in a totally different manner than its neighbors,” he stressed.

However, despite the UN efforts to persuade Tel Aviv to sign the Nuclear Non-Proliferation Treaty, Israel has so far refused to do so, neither recognizing nor refuting the assumption that it possesses nukes.

Commenting on the issue, the Israeli analyst opined that the United Nations has largely lost its authority in the eyes of the international community over the past several years. On the other hand, the threat posed by Hamas, the Palestine Liberation Organization (PLO) and Hezbollah to Israel is quite tangible, he argues.

“After our historic experience, we should take it seriously and not take the UN too seriously,” Eskin suggested.

The Joint Comprehensive Plan of Action (JCPOA), commonly known as the Iran nuclear deal, that was reached in 2015 by Iran, the P5+1 nations and the EU paved the way for the denuclearization of the Middle East. The question then arises as to whether Israel should follow in Tehran’s footsteps to reduce tensions in the region.

“Israel should not discuss anything like that at all,” Eskin believes. “Iran and Iraq exterminated almost a million people in their joint efforts, including the wide use of chemical weapons [by Iraqi armed forces in the 1980s]… And at the same time Israel gave the world, including the neighbors, huge percentage of innovations in medicine, high technology products and agriculture. I am not talking about music and arts. You cannot compare a country which brings morality, light and progress to the world with those who are busy with absolutely different things.” 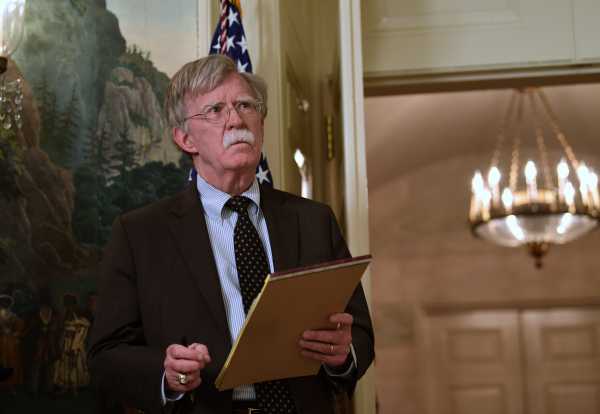 As for Donald Trump’s possible withdrawal from the Iran nuclear deal, the Israeli analyst presumed that the US president “will not leave the deal but will not prolong the cessation of sanctions.”

“This will be a slow process until Iran gets really hurt,” Eskin said. “Trump will probably give the room for Europe to improve the deal. I will not be surprise if there will be direct negotiations between Washington and Iran as well. His tactics worked very well in the case of North Korea. We will see now some similar situation with Iran, possibly.”

At the same time, the Israeli publicist does not rule out that American Iran hawks will take efforts to instigate a regime change in the country: “There is even a bigger chance that the National Security Advisor John Bolton will implement his promise for regime change in Tehran by the end of the year,” Eskin said, referring to Bolton’s speech delivered at the gathering of the dissident group Mujahedeen Khalq, known as MEK on July 1, 2017.

In one of his January interviews with Sputnik, Eskin suggested that Tehran may face a new wave of protests over the country’s economic and financial problems. He further noted that if the Trump government “stirs up” the potential unrest, it could apparently lead to a political crisis in the country.

It appears that the Trump team is pushing ahead for this kind of scenario, given Bolton and Trump’s attorney Rudy Giuliani’s statements about regime change in Iran. On the other hand, the resumption of sanctions against Iran may deal a blow to its economy.

Is the Iran Nuclear Deal a Mere Pretext to Crack Down on Tehran?

However, Israel’s nukes pose a challenge to the peace in the region as the precedent is tempting its neighbors to follow the suit. Speaking to Sputnik, veteran UN human rights adviser, author and Middle East analyst James A. Paul opined that it is Tel Aviv’s secret atomic arms program not the Iran nuclear deal what threatens the region’s stability.

“To any well-informed observer, it is ironic that Israel, whose own secret nuclear arms program is by far the most dangerous in the region, would be complaining about the possibility of nuclear weapons in a neighboring state,” Paul said.

For her part, Jill Stein, the 2016 Green Party nominee for president of the United States, criticized Israeli Prime Minister Benjamin Netanyahu for his tough stance against Tehran, reminding about Tel Aviv’s supposed weapons of mass destruction.

The question than arises as to whether the Trump administration is really seeking to strike a better deal with Tehran, fearing that the Islamic Republic would create nuclear arms one day, or it is simply using the deal to resume the anti-Iran sanctions to provoke the unrest in the country and oust “an undesired” government just like their predecessors in the White House did.

An Artist’s Vast Collection of Images of Women (and Her Own...

How much would the iPhone cost if it were made in...

World Cup reporter defiant after being groped during TV broadcast

Garry Kasparov Says We Are Living in Chaos, But Remains an...