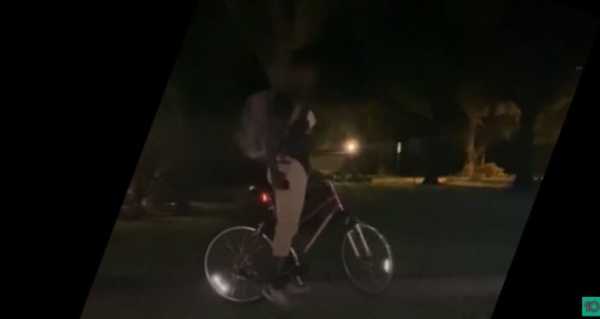 Luis Santos, a 54-year-old Florida resident, has been arrested and charged with false imprisonment after he recorded himself illegally detaining a young man and “acted as though he had the legal authority of a law enforcement officer,” according to the Hillsborough State Attorney’s Office.

“The evidence shows the victim had not committed any crime and Santos made misleading statements to law enforcement about what he had witnessed,” Hillsborough State Attorney Andrew Warren’s office said in a Tuesday email to Tampa, Florida, outlet WFLA.

“The young man felt threatened and was not free to leave, while Santos acted as though he had the legal authority of a law enforcement officer, including compelling the victim to put his hands in the air until sheriff’s deputies arrived.”

“Good morning, I have somebody breaking into cars. Uh, we got it on video, and I got it right here in front of me,” Santos claims to the 911 operator.

The unidentified teen is overheard attempting to explain the situation but is quickly ordered to be quiet.

He then proceeds to tell the 911 operator that he believes the teen stole the bike he is riding.

An officer arrived at 5:42 a.m. local time, eight minutes after the call was made.

“He reasonably believed his life may be in jeopardy if he tried to leave or even move. Santos had no lawful authority to restrain a person in a public place and his own recorded words establish that he was restraining the victim, by threat, against his will.”

The teen, who remains anonymous by his own request, was not charged during the incident and was driven to practice by a deputy of the Hillsborough County Sheriff’s Office (HCSO). WFLA reported that the young man was interviewed by prosecutors on July 20 and has also retained a lawyer.

Santos was arrested on Saturday and charged with false imprisonment, which, in Florida, carries a sentence of up to five years in prison and a maximum fine of $5,000. He was released on a $2,000 bond the same day, according to the HCSO booking website.

‘Isolated and unwelcome’: Nigel Dunne speaks out on his decision to...

India in Trade Surplus With America as US Industry in Decline...